Google Glass, and why wearable tech is still “version one” 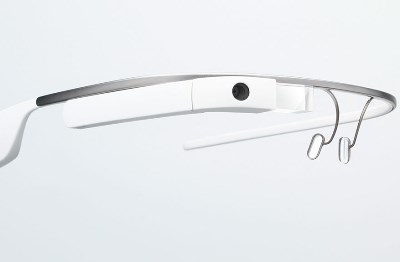 Technology takes time to improve and perfect, and it also moves at a relatively rapid pace, with the products on sale in 2013 being markedly improved from those that were “cutting edge” in 2012.

It’s the classic “version one” problem, where it’s often wise to sit back and wait for the later iterations of a product to come to market, because the bugs — both those known and unknown — are yet to emerge, and the early adopters are the ones who get stung by those. Microsoft products are often said to only be worth looking at around version three or so, and it’s what’s happening right now in the wearable computing space.

It’s a topic I’ve written about before, and I’ve still got very little doubt that wearable technology is the future (Smart Watches show the wearable future), but some of my recent encounters with wearable technology have reminded me that we’re still very much in the early days when it comes to the technology.

To take two recent announcements, at the launch of Samsung’s Galaxy Gear smartwatch, I was able to get some hands-on time with the devices. In many ways the Galaxy Gear is exceptional. It’s a smartphone companion, personal pedometer, wrist-based phone and camera, all wrapped up into a unit that costs $369. Even a decade ago, that would have been science fiction, and the jokes about Dick Tracy pretty much write themselves at this point.

The camera built into the strap is a neat bit of engineering, but it’s a very ordinary camera, and as the Galaxy Gear is functionally useless without a companion phone, you’re always going to have a better camera to hand. The integration of camera into the strap also means that the strap is fixed and can’t be changed for mood, fashion or simple old wear and tear. The battery is rated for 24 hours of usage and uses a custom charger, which you wouldn’t want to lose.

It’s all very version one, in other words; admirable in intent but in some ways lacking in actual execution.

I had the same impression recently when I finally got the chance to get eye to eye with Google Glass. Glass is Google’s experimental take on wearable technology; so much so that they haven’t actually confirmed a date when they’ll start selling it anywhere, instead choosing to seed it out to select developers to make Glass applications.

Like the Galaxy Gear it requires pairing to a smartphone, although in the case of Glass that should be any Android device; within the controlled test zone where I was able to play with Glass this was Google’s own Nexus 4 smartphone.

I’d been keen to test out Glass for some time, and my very first impressions were pretty good. As a spectacles wearer, I’m all too well aware of the limitations of heavy face wear, but Glass is nice and light.

Unfortunately for me as a glasses wearer, I hit an almost immediate problem, because Glass didn’t like my glasses much, projecting its heads-up-display to a point at the centre of my vision where I couldn’t make it out properly.

Taking off my glasses fixed that… but because of the nature of my own vision problems, it left me unable to actually see anything being projected. It was there — pictures, web pages, photo shooting, even heavily machine-based translation — but it may as well have been a grey fuzz for all it was worth.

Again, this is all very much a version one problem. Google has stated it’s looking into the issues of glasses wearers and Glass, and it may be that by the time it goes to retail, the design or heads-up system will be adjustable for folks like me. Maybe that’ll come in version two, or when the local optometrist simply offers Glass as an option the way that sun-sensitive lenses are right now.

Ultimately there’s never going to be a “perfect” time to buy technology, because while it improves and generally gets cheaper over time, that also means that older technology loses a lot of its value very quickly. As such — and wearable technology will be no different — it’s a matter of matching it to your specific needs and desires. If you’ve got the cash to spare and like the concept of the Galaxy Gear it appears to be a very nice wristwatch with a group of interesting fuctions, and if you can live with the limitations it’ll do you nicely. If you’re not in a rush, though, the entire field is still so new and evolving that waiting a while might make solid sense.