Google Glass isn’t (quite) dead, but what happens next? 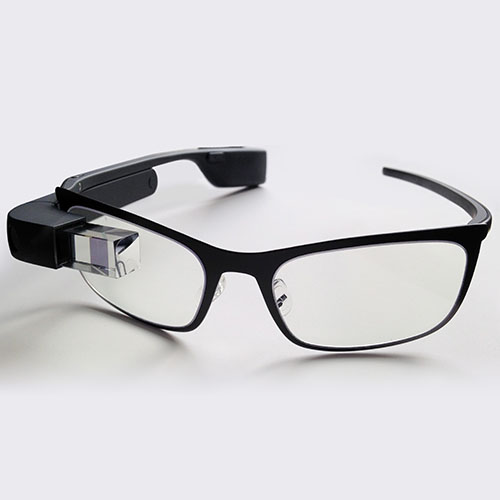 Google’s announced that its somewhat controversial Google Glass product has been removed from sale in its initial “Explorer Edition” variant, having “moved out” of Google’s X Labs and into its own independent division.

To recap for those still pondering: Google Glass is Google’s take on an augmented reality set of spectacles, with an inbuilt heads-up display for delivering Google-based information, whether it’s Google Calendar appointments or direct Google searches, as well as an inbuilt camera for simple photo and video taking.

Google was initially only offering Google glass to developers at the hefty price of $1,500 a pair, and that price has never really wavered even as the company made Glass more available to more consumers. There was never actually an official Australian launch, but those geeky enough could get a pair shipped from the US with minimal effort.

My own interactions with Glass were, it’s fair to say, less than satisfactory. The first generation of Glass was notably difficult to live with if you already wore glasses, which was probably irony in effect at a comic level, but equally an annoying prospect given the asking price.

Then there’s the social aspect of Glass. There’s already an issue with people staring at smartphones mid-conversation to bear with; Glass amplifies that because the HUD is invisible to someone you’re talking to, so while you’d pick their voice interactions with Glass, you’d never be quite sure if they were listening to you or reading a web page. More socially contentious was the inbuilt camera. Realistically it was never a great camera, but it turns out that people get twitchy if they think they’ve always got a camera in their face. Privacy concerns were a little overblown, given that Google Glass has a permanent red light whenever taking a photo or filming. As such, it’s quite obvious when you’re being recorded, but the nervousness remains.

So what’s next for Google Glass? In a world where wearable technology is only picking up pace, whether you’re a fan of the incredibly wide field of relatively inexpensive fitness tracking bands to the slightly smaller and more expensive field of smartwatches, it’s unlikely that something as common as glasses won’t be computerised in some way. Google’s already got some local competition in this space with Epson making its competing Moverio Glasses available locally, although that’s a pair of glasses that’s even more obvious when worn than even Google Glass is.

Google, for its part, insists that Google Glass isn’t a dead product. In Monty Python terms, it’s simply “resting”, with the company talking up its “graduation” from the X Labs, but not announced timeline on whatever product will succeed the existing Glass models would come to market, stating that “In the meantime, we’re continuing to build for the future, and you’ll start to see future versions of Glass when they’re ready. (For now, no peeking.)”

That’s probably not the future that Google had in mind for Glass when it first made it available for sale, because the logic of shipping it to developers was to make apps for the Glass interface itself. If that’s going to substantially change, or even if there’s a lengthy gap before a new Glass model emerges, Google could find itself with a product with few applications in a market where wearable technology is rapidly evolving.