Google has its eye on you 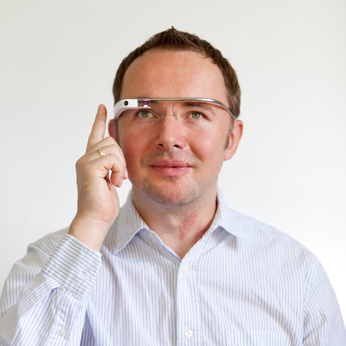 Google’s best known as a search company, or if you dig a little deeper, a company that makes a lot of money out of advertising that’s served around its search products. It’s also at least partly responsible for one of the worst comedies I’ve ever watched — The Internship — and a number of hardware and software initiatives ranging from smartphones to wearables to streaming media devices.

While it makes much of its money from advertising, that doesn’t entirely mean that it’s sitting on a Scrooge McDuck-style money pit; instead it ploughs a lot of money into interesting research and development. It’s hardly alone in that — name an IT company and you’ll find an R&D fund somewhere — but Google’s rather good at being public about them when it wants to be.

That’s been most recently demonstrated with its announcement that it’s developing “smart” contact lenses. They sound very much like they’re purely the stuff of science fiction, but with the rapid pace of technology, what was once fiction is fast becoming fact.

Google’s already in the wearable computing field via its Glass product that it seems to be endlessly testing, spruiking and talking up without actually releasing anything that you could actually buy.

The smart contact lenses will be a little different, with embedded chips, sensors and antennae on the surface of the lens itself.

Unlike Glass, which is intended to interface with a wide variety of Google services to offer search, photo and video taking and real-world navigation, Google’s contact lenses are rather more specifically focused.

While they’re still very much in the testing phases right now, they’re intended to be used by diabetes sufferers to enable easy monitoring of glucose levels by monitoring the changes in those levels in the tears of the wearer.

The basic idea is that instead of a sensor worn painfully elsewhere, or having to undergo numerous pinpick blood tests to keep track of variable glucose levels, the contacts themselves measure the glucose level in your eye’s lubrication every single second, giving you an easily trackable reading that should allow diabetics to more easily manage their condition.

It’s a fascinating idea both in its conception and in the fact that it’s being developed by a company that, at its core, makes its money from advertising. Does anyone not involved in the creation or selling of advertising actually like advertising? There might be reason to revise that view.

Then again, Google’s long been a company that dips its toes into many markets, although not every single product it releases ends up being a smash hit. It’s trying very hard indeed with Google+, but there’s a whole host of ex-Google products such as Reader or Wave that once had plenty of hype too. Google’s certainly got deep pockets for experimentation, recently announcing it was buying up Nest, a company founded by many of the same team that designed the original iPod for Apple for US $3.2 billion.

Nest makes Internet-connected smoke alarms and thermostats, and that’s apparently worth a hefty sack of Google’s cash; it’ll be interesting to see where Nest goes from here.

Like Glass, though, you can’t expect to pop down to your ophthalmologist and pick up a pair next week; as with many things at Google the diabetes-sensing contacts are still very much at a prototype stage; Google’s got numerous hurdles, including regulatory, sensor improvement and even dealing with issues that some diabetics have with wearing contacts in the first place.