Google Maps returns to iOS, but it’s still worth mapping with common sense 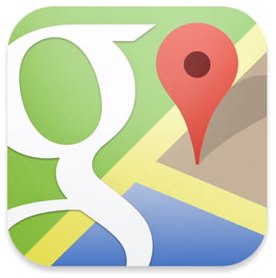 It’s fair to say that Apple’s foray into its own mapping solution hasn’t gone as smoothly as the company would have hoped. Apple Maps launched along with iOS 6 with huge fanfare, promising faster map downloads, 3D views and voice navigation. It replaced the Google Maps solution that iOS devices had used since the first iPhone launched completely; there was no more iOS Google Maps beyond using the web based version. That shouldn’t matter, as long as Apple Maps were up to scratch.

Then people actually got their hands on Apple Maps.

The 3D views were pretty — where they worked — but the voice navigation was something that Aussies had to wait for, and that was only a minor problem compared to the issues surrounding Apple’s maps data. While it was based on a number of sources, there were large gaps, mistakes and omissions that made it clear that it was a distant second to Google’s own Maps. To an extent that’s understandable; Google’s maps aren’t infallible either, but they’ve had years of refinements. Still, even Apple had to admit that, for the time being, some users may be better off with alternate mapping solutions.

Amidst the fanfare created by the fact that Apple Maps couldn’t find Mildura — an issue relating apparently to how the district and city were defined on Commonwealth mapping data sources, but an extreme mistake on Apple’s part nonetheless — Google’s relaunched its Maps app for iOS devices ( Google Maps App). Problem solved, right?

Not quite. Google Maps for iOS 6 is certainly leaps and bounds ahead of Apple Maps, but it’s a slightly stripped down version of the mapping experience Google offers for its own Android devices, and, like any other maps product for iOS, it’s not one that you can hook into all the other services on an iPhone or iPad. If you’ve got an address in your contacts or calendar, it’ll still launch Apple Maps when tapped upon — and you can’t change that.

Equally, though, there’s a point that’s been made here before (trust in apple maps but carry a street directory), and that’s the fact that a digital GPS solution should only ever be part of your navigation arsenal. Carrying a paper map is a good backup, but so is actually using your eyes to keep track of road signs. From the reports, most of those who got misdirected in Mildura worked out they were going the wrong way quickly, because the road signs indicated otherwise. Satellite navigation is remarkably popular, but it’s not ubiquitous and it’s unlikely that road signs will go away any time soon. When out and about and driving, it’s best to use as many information sources as possible.