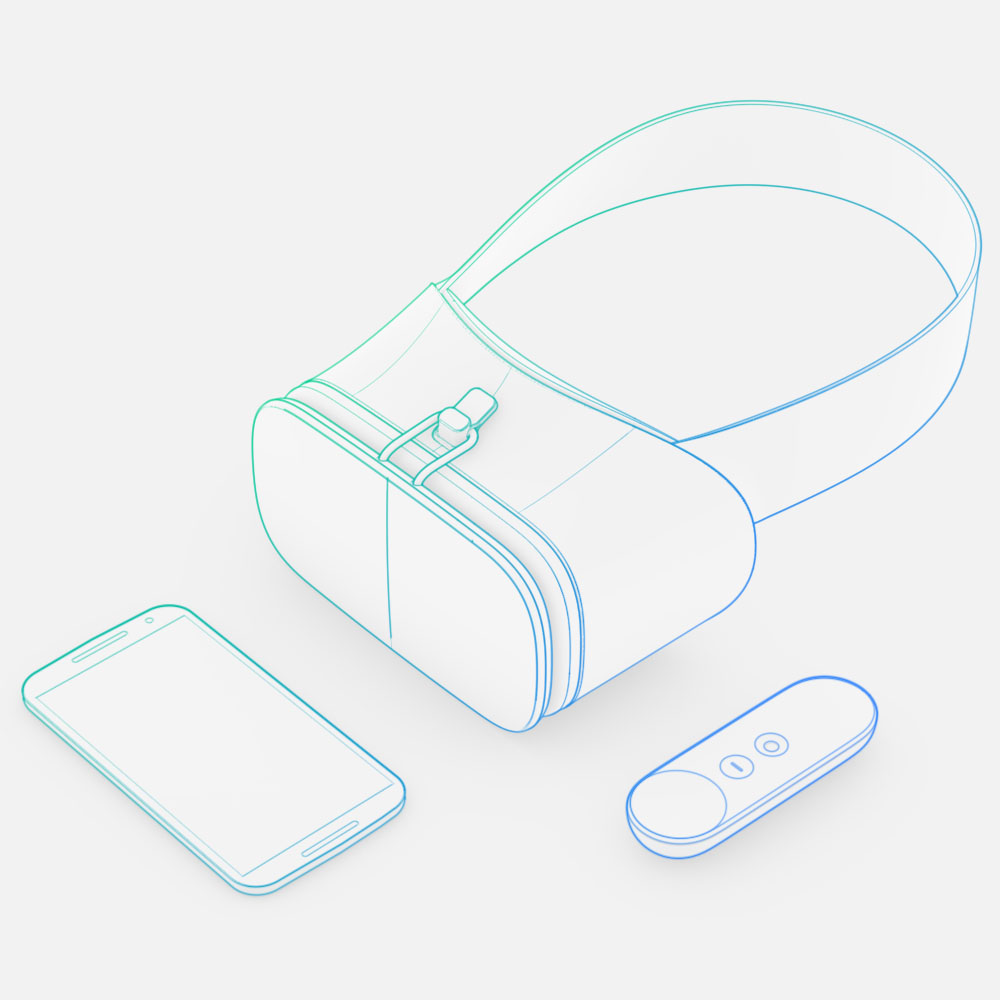 Building on the success of Cardboard, Google is ramping up its Virtual Reality efforts with a new generation of smartphones and viewers.

This year several expensive VR headsets are hitting the shelves, such as the HTC Vive, PlayStation VR and Oculus Rift which all have built-in screens for each eye. Thankfully you don’t need to spend a bundle to dip your toe into Virtual Reality.

The basic Google Cardboard viewer has been around for a few years, making it easy to hold a smartphone up to your face while offering a slightly different image to each eye. Now Google is ready to hone this design with its new Daydream platform.

Daydream still relies on a smartphone as the screen, but upcoming Daydream-certified Android N handsets will sport powerful processors for great graphics, high-performance sensors for accurate movement tracking as you turn your head and high-quality displays to reduce lag and motion blur.

With these new handsets comes a new viewer design, adding a head strap and a few other tweaks to make it more comfortable to immerse yourself in Virtual Reality for longer than a few minutes.

When the handset is sitting inside the viewer it can detect when you move your head, letting you look around, but you still need to sit or stand still. You can’t walk around in the real world in order to move around in the virtual world, this kind of VR requires cameras around the room to track your position.

Now that the head strap frees up your hands, Google has added a small Wii-style motion-control wand to Daydream which you can wave around like a pointer to interact with the virtual world. The controller has two buttons and a clickable touchpad, so you can flick through menus or sort through objects and select things without needing to use the cumbersome button found on the side of first-gen Cardboard viewers.

You can also swing the controller around to play games and a few major game developers are already onboard, with early demos including steering a race car and flicking a fishing rod.

A wide range of Google’s own services will also work with Daydream, from StreetView and Google Photos to YouTube and Google Play Movies. Entertainment giants such as HBO, Netflix and IMAX are also looking to deliver Virtual Reality content via Daydream.

Expected to launch later this year, Daydream will initially be restricted to Android smartphones but will come to other devices over time. It looks like it won’t be long before Virtual Reality comes to a gadget near you.