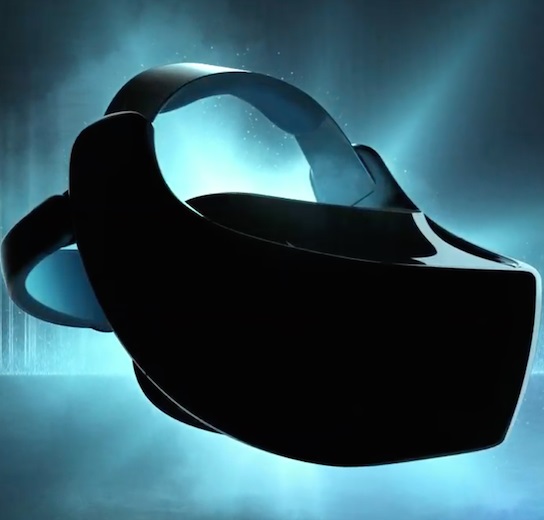 Offering more immersive worlds than smartphone-based VR systems, without relying on a tethered computer or games console, Google’s standalone Daydream headsets are promising to take VR to the next level.

Virtual reality experiences are typically divided into two camps. On one side you’ve got Google Cardboard, letting you slip practically any smartphone into a cheap viewer to get a glimpse of virtual worlds, along with more advanced viewers like Samsung’s Gear VR and Google’s Daydream View which are optimised to work with a handful of powerful smartphones.

On the other side you’ve got standalone VR headsets like the Oculus Rift, HTC Vive and PlayStation VR which have built-in screens that tend to offer a better picture than the smartphone-based headsets. The trade-off is that they rely on a powerful computer or games console to run the show.

The Oculus Rift, HTC Vive and PlayStation VR can take advantage of cameras around the room to track your movements in the physical world, letting you walk around in the virtual world and even use sophisticated handheld controllers which are far more precise than the simple Gear VR and Daydream View controllers.

Of course you can’t roam too far wearing these headsets, because you’re tethered to a PC or games console. Even so, they’re still better than the Daydream View and Gear VR which require you to stand or sit still – you can look around but they’re unable to change your point of view if you take a step to the side.

Google’s new standalone Daydream headsets aim to marry the best aspects of both VR systems to allow true free-roaming VR. It will have a built-in screen and processor, allowing it to wirelessly run VR worlds rather than leaving you tied to a computer or games console. The headset will also offer “inside out” tracking, using built-in Google Tango sensors to scan the room so you can move around in a virtual world without bumping into real world walls.

The standalone Daydream headsets will still rely on smartphone-style hardware rather than the grunt of a PC or console, although Google is closing the performance gap with its Seurat graphics overhaul. It will allow Daydream to import PC-based VR worlds – built in professional VR editing suites like Unity, Unreal and Maya – and optimise them without sacrificing much in the way of picture quality and performance. Beyond high-end games, Google is even promising cinema-quality video.

One shortcoming of the standalone Daydream headsets is that they’ll still rely on the basic Daydream controller rather than the more advanced controllers used by VR platforms with external cameras for “outside in” tracking. That’s understandable, considering that cameras built into Daydream headsets will struggle to keep track of your hands when they’re out of sight – such as when you look left while pointing to the right.

It’s still early days for VR, but the standalone Daydream headsets promise to hit the sweet spot between today’s different VR experiences to offer the best of both worlds.