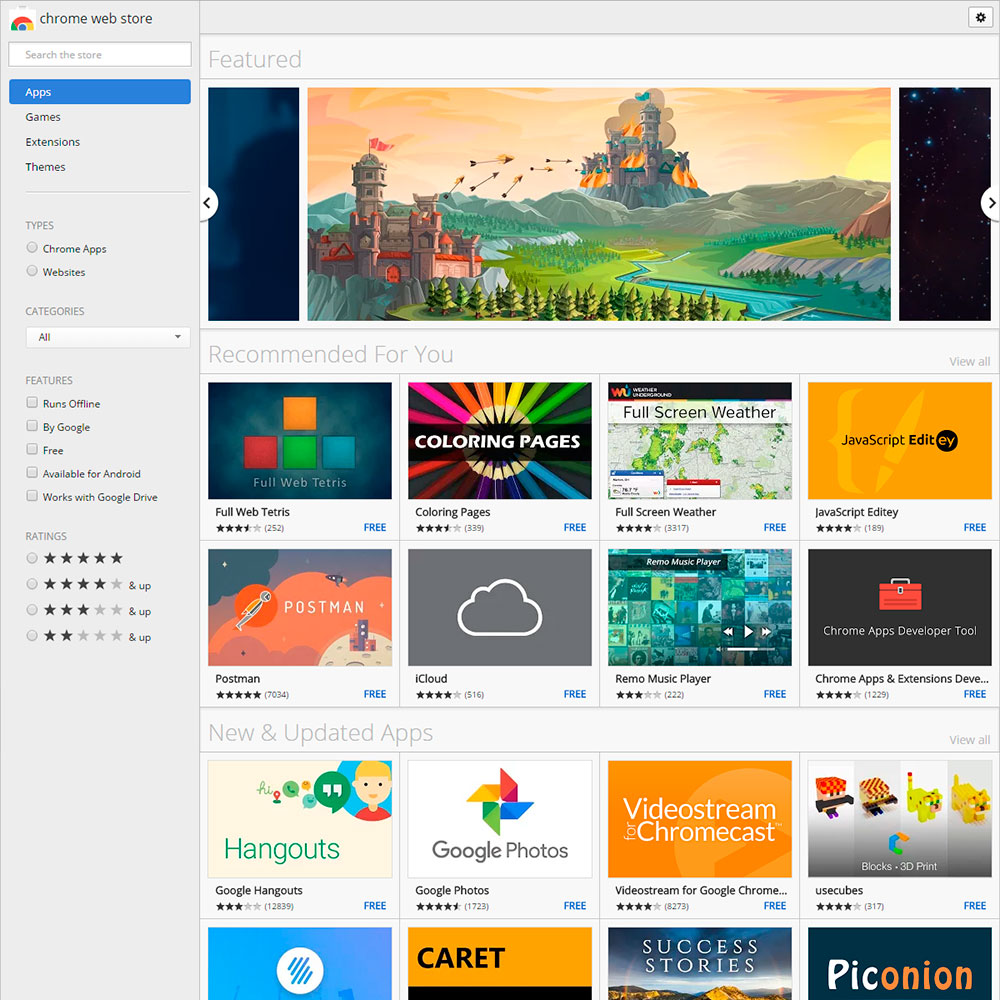 In Australia Google’s ChromeOS based laptops, known as Chromebooks, occupy a relatively small space in the overall IT ecosystem. They’re typically sold as budget-range computers costing only a couple of hundred dollars, with the key hook being that instead of running, say, Microsoft Windows, they’re instead using Google’s Chrome browser (essentially) as the operating system. As such, they lean heavily on Google’s own cloud-centric services such as Google Docs for productivity tasks, as well as Chrome’s own range of Apps and Extensions.

Because they’re running the Chrome browser, they’re also able to run Chrome Extensions and Apps in exactly the same way that you currently can if you’re using Chrome as your browser of choice on a PC or Mac. The core idea with Chrome apps was to cover the application space between things that could be done purely in-browser and fundamentally online and those that needed more distinct code, typically run in an offline fashion.

Right now, whether you’re running Chrome on a Chromebook or on a PC, Mac or even a Linux PC, the same apps run the same way on the same software base — but pretty soon that won’t be the case.

Google has announced that over the next two years it intends to phase out support for Chrome Apps for PC, Mac and Linux, citing user figures that suggest that only one percent of users actively use Chrome Apps per se. Chrome’s installation figures are pretty immense, however, so that’s still potentially a very large number of actual users.

The one exemption from the cull of Chrome apps will be Chromebooks, which will continue to receive support for Chrome Apps.

So what does that actually mean in real world use? From late 2016, Google intends to stop offering any newly published Chrome Apps to anything but Chromebook users; if it’s developed as a Chrome App from (essentially) now, the place you’re likely to see it is on a Chromebook and nowhere else. By the second half of 2017, Chrome Apps won’t even show up for Windows, Mac or Linux users. The eventual intent is that by 2018, those apps won’t actually load at all. Developers with apps will be encouraged by Google to redevelop the code that runs Chrome apps to run entirely on the web, at which point they won’t require an app (or even an extension) at all, because they should run natively in just the browser.

There’s an important distinction here between apps and Chrome extensions. Plenty of folks use extensions to enable simple note snipping, ad blocking, password management and a myriad of other functions. Chrome Extensions aren’t going anywhere, and in fact will be more of a focus of Chrome moving forwards, because with Chrome Apps not being surfaced any more, you can expect Google to push them more rigorously from now on. Realistically, even within the supported ChromeOS space, it’s likely that few developers will continue to make new Chrome apps, simply because the market for them has, at a stroke, become significantly smaller. If you are part of the one percent or so that are using Chrome Apps, it would be sensible to look at your options when it comes to apps, extensions or web services that offer the same functionality.