Hearing is believing – does your lounge room deserve an audio overhaul? 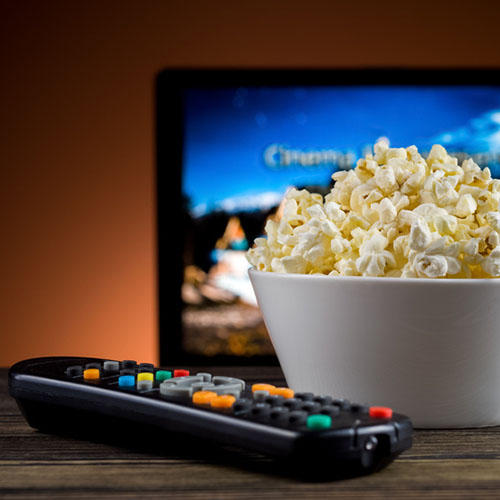 Rather than sinking all your money into a giant television, put aside some cash for a decent sound system to add punch to your movie nights.

As televisions get cheaper it’s tempting to go large and buy the biggest screen you can squeeze into your lounge room, but there’s more to enjoying your favourite films than a big picture. Great sound is the key to a truly immersive home cinema, especially if you’re keen on action-packed Hollywood blockbusters. You’re unlikely to get great sound from your television’s built-in speakers, especially if your television is paper thin.

When you’re mesmerised by vast expanses of screen real estate it’s tempting to skimp on sound, but you’re selling yourself short and not doing your favourite movies justice. The home cinema rule of thumb has always been to spend at least half as much on audio as you do on visuals. If this maxes out your budget then you should seriously consider dropping down a screen size and pouring the savings into a decent sound system.

The simplest audio upgrade for your lounge room is to invest in a single speaker, known as a sound bar, to sit below the screen. It’s not going to offer true surround sound, but it will offer richer sound and add extra punch to onscreen explosions. A sound bar can also help deliver clearer dialogue, which is handy these days when actors can sometimes mumble and background music is louder than ever.

The next step up from a sound bar is to invest in a home theatre amplifier with a set of speakers. Sometimes the amp will feature a built-in DVD or Blu-ray player, offering a handy all-in-one solution.

There’s no need to crank up the subwoofer so it shakes the windows and disturbs the neighbours. If your sound system is set up correctly it can sound great even at low volumes. You’ll often find a night mode which boosts the dialogue so you can hear everything clearly with the sound down low.

Movies on Blu-ray have a 7.1-channel DTS HD soundtrack, allowing for an extra speaker on each side of the room. Thankfully they’re backwards compatible with 5.1-channel DTS amplifiers, but you’re out of luck if your old 5.1-channel amplifier only supports Dolby Digital.

Before you blow your entire entertainment budget on a big screen, give some thought to extra speakers to help your favourite movies sound their best.