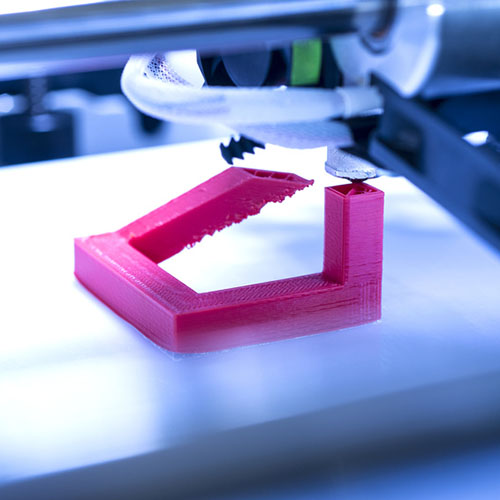 As prices drop it’s easy to get excited about the 3D printing revolution, but do your homework before you take the plunge into the world of make-it-yourself.

3D printing is one of those amazing technologies which has made the transition from science fiction to science fact, seemingly granting you the ability to create practically any object out of thin air. The rise of 3D printing points to a future where we’ll no longer buy physical objects but instead we’ll simply print what we need on the spot.

Early 3D printers were prohibitively expensive but prices have plunged and today’s budget models are within reach of your average home. XYZprinting’s new da Vinci Jr 3D printer sells for less than $600 and you can be sure other 3D printer makers will join it in the race to break the $500 barrier.

The 3D printing revolution is full of promise but it’s important to stop for a quick reality check if you think that a cheap 3D printer is going to change your life forever. Rather than focusing on the price tag, start by thinking about what you want to print. A budget 3D printer isn’t a wise investment if it can’t actually deliver the goods.

There are many factors to consider when assessing 3D printers. The size of the print chamber will determine the maximum size of your 3D models, while the price tag will determine which materials you can print with and the accuracy of the results.

The cheapest consumer-grade 3D printers rely on the Fused Filament Fabrication (FFF) printing process, spitting out melted plastic bit by bit to build up your 3D model. Some restrict you to using PLA plastic filament. Others offer the choice of printing with ABS plastic which can offer better results when precision is important, but the trade-off is a burned plastic smell that you probably don’t want wafting through your home. You’ll also find blended filaments which mix PLA or ABS with materials like wood, chalk and metal – assuming your printer will handle them.

Budget 3D printers are fine for producing toys and trinkets, but you can struggle to produce precision parts. It pays to do your research in terms of printing techniques, resolution and calibration options to ensure the budget model you’re eyeing off will meet your long-term needs. That means it’s important to know what you’ll want to print after the novelty wears off.

The next step up in terms of precision is Stereolithography (SLA) printers which start at several thousand dollars and use a laser to carve out 3D models from plastic layer by layer. Add an extra zero to the price tag if you’re interested in industrial-grade Selective Laser Sintering (SLS) 3D printers which can print in both plastic and metal.

Just like a normal photo printer, over time you’ll probably spend more on consumables than you initially spent on the printer itself. Some 3D printer manufacturers lock you into using their own brand of filament and stop you from using third-party refills, so your upfront savings from buying a cheap 3D printer are eaten away by expensive running costs.

Whichever 3D printing method you favour, it’s important to keep in mind that home 3D printing is still a fiddly process. It’s for people who like to tinker with technology. Be prepared to spend a lot of time and effort getting to know your 3D printer, especially if you’re looking to produce precision parts. It’s far from the magical one-click process that you might be hoping for.