How careful are you with your phone? 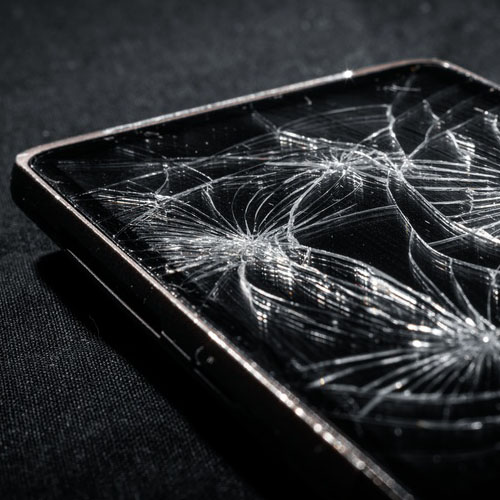 Smartphones are utterly ubiquitous, but what’s also ubiquitous is seeing somebody out and about talking into a handset that’s nowhere near as pretty as when it was first purchased. Anecdotally, I’ve seen people talking into smartphones that have made me flinch, simply because the concept of sliding my finger across that much shattered glass gives me the shudders.

A recent survey of 1,000 Australians — more on that later — suggests that the problem is very widespread indeed, with an estimated 56 per cent of Australians using damaged smart devices. The survey was commissioned by smartphone case seller Otterbox.

Otterbox has its own reasons for releasing the survey. After all, its product is a protective case (and certainly not the only protective case you can buy for most popular phones, although this is a category that is by far dominated by iPhone cases) and they’d like to sell some.

Still, the statistics are interesting, even if I’d suggest taking them with a grain of salt. On the plus side, most people with damaged devices simply appear to only have scratches on the screen, which suggests phones that are left in pockets or bags with keys and other solid objects. Scratches on the back or sides are next most common, with broken screens, shock and water damage making up the rest of the damaged picture.

The classic tip, by the way for a submerged phone is to switch it off very quickly and then drop it in a bag of rice. Give it a week, then plug it in and see if it’ll power up. The rice is cheap and a good absorber of moisture, so it’s your best simple shot. Sometimes, though, a drowned phone is just a drowned phone.

The real issue here isn’t just my squeamishness when it comes to slivers of glass and fingertips, but the associated cost of either replacement or living with it until a new contract comes up. That presumes, by the way, that you’re on a contracted phone; those buying outright and using prepaid services to save a few bucks are in a different group. Otterbox’s survey suggests that 80 per cent of damage happens in the first year of a two year contract, meaning that you could have hundreds of dollars left to pay on a phone that may only be partially usable, if at all. If you’re in the prepaid group you’re not up for the same contract costs — but you’re stuck with the same broken phone scenario.

I’m a little dubious about Otterbox’s figures, because smartphone use is so particularly widespread. 1,000 respondents isn’t an insignificant survey number, but it does mean that a relatively small group of clumsy users, or even a non-representative sample of more careful owners could skew those figures out quite a bit.

Cases are a decent protective mechanism, but what’s being seen in the wider smartphone space is that we might not need them all that much any more regardless. A number of premium phone devices such as the Samsung Galaxy S5 and Sony Xperia Z2 are both water and dust-proof, and screen glass improvements are making scratches less likely — although you’re unlikely to entirely eliminate them depending on exactly how you use your smartphone.