How cheap can Windows notebooks get? 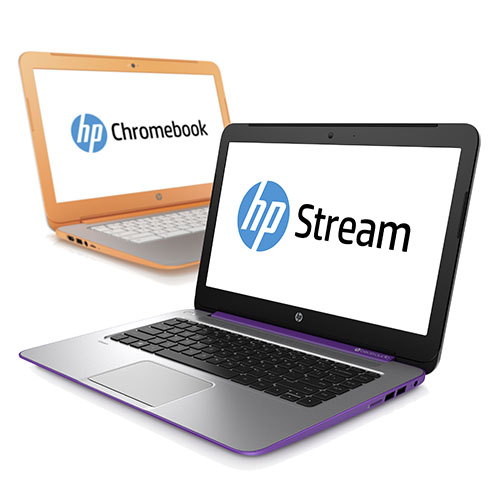 When you buy a cheap laptop, you’re always accepting a level of compromise. If you want the premium features, you’re going to have to shell out premium money, but if you only want the basics, you can save serious money. Still, you’ve always got to factor in the cost of the Windows license on top of the cost of the physical hardware, which adds to the price. For a long time, advocates of Linux were keen on the idea of a Linux-specific laptop without those associated fees, but beyond a few very dedicated souls seeking refunds on their Windows operating systems – not impossible, but not easy depending on the maker, and nearly always more a principle victory than a genuine fiscal one – Linux laptops never really took off.

It’s that kind of pricing that’s also seen the rise of a number of laptops running Google’s ChromeOS, known as Chromebooks. They’re all quite low-level hardware with the expected low-level price points, and they work by running an operating system where everything happens within the Chrome browser. As you’d expect, Google’s apps dominate, so instead of Word or Excel, you’re using Google Docs and Spreadsheets and so on.

The challenge of ChromeOS isn’t one that Microsoft’s taking lightly, however, as Windows represents a serious chunk of Microsoft’s actual operating profits. It has its hands in many markets, but the truth of the matter is that Windows and to a lesser extent Microsoft Office are the engines that make the Microsoft machine run.

In an effort to combat that, and perhaps attract buyers, Microsoft’s experimenting with cheaper devices that manufacturers can offer with full Windows but without the hefty price tag. I recently spent a little time with HP going over their notebook range, which includes such a system, called the HP Stream.

HP will sell two models of Stream notebook in Australia, the HP Stream 11 and the HP Stream 13. Those numbers refer to screen sizes, with both packing an Intel Atom “Bay Trail” processor inside and either 32GB or 64GB of available storage. Bay Trail isn’t the most powerful of processors, but it is relatively battery friendly, and should be fine for the kinds of basic tasks that most basic laptops get put to. HP expects the Stream 11 to run for around seven hours of work time, which is pretty impressive for a laptop with an asking price of only $299. Unfortunately I’ve only had some hands on time with a prerelease “dummy” model of the Stream, so I can’t speak to its general performance. It won’t be touchscreen compatible, which is again in line with its asking price, although slightly annoying given Windows 8’s touchscreen-centric design.

Not that HP is throwing all of its eggs in the cheap Windows basket either, as it’ll simultaneously launch two new Chromebook PCs at similar price points. They haven’t spent much on snappy names, with the two models formally being the “11-Inch HP Chromebook” and the “14-inch HP Chromebook” respectively. No prizes for guessing the screen sizes on those. The 11 inch model will sell for the same $299 asking price as the Stream notebook, and come in a simple white finish, while the 14 inch model has a slight price premium at $399, but for that you can have it in either a silver or extremely ostentatious bright orange casing.

A $299 price point doesn’t give a whole lot of room for notebooks to move that much lower, although I’m pretty certain that we’ll see even cheaper notebooks from other competitors. Quite how many of those are new designs as these are, and how many are just last year’s stock that now seem overpriced remains to be seen. The bottom line, however, is that if you’re only using a notebook for basic office tasks or simple browsing, and especially if you don’t actually need the mobile nature of a laptop all that frequently and can keep it charged, there’s not that much impetus to buy a premium device any more.