How closely do you track your tech? 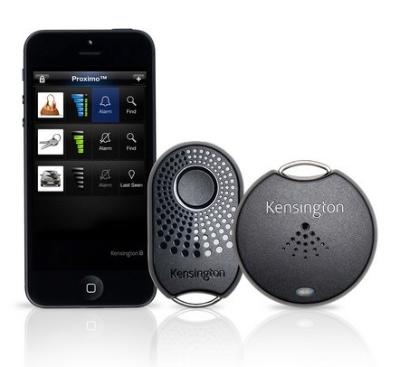 Laptops, tablets and smartphones are all eminently mobile devices, and that’s a great thing for both productivity and fun on the go, but there’s a slight catch with any device you can take out of the office or home.

It’s all too easy to lose them, whether through forgetfulness or the light fingers of others. Tech goods are relatively easy to steal — if they’re light enough to lift, they’re light enough for others to lift — and they’re not exactly a cheap proposition to lose, which also makes them highly desirable. It’s much better to be prepared for loss or theft than it is to face it after the fact, and there are plenty of tools out there to minimise loss or theft issues.

On the mobile front, there’s no shortage of software packages that track your laptop, tablet or mobile, and in many cases, they’re baked into the software that’s already installed. Apple throws its “Find my iPhone” app into every iOS device — so confusingly, you use “Find My iPhone” to find iPads — and Windows Phone has a similar Find My Phone facility. Some Android phone makers include tracking software as part of their standard install, but there’s also no shortage of free and paid tracking apps on Google’s Play store, including AV packages from AVG that include tracking facilities.

On the laptop side, there’s services such as LoJack or GadgetTrak; while you pay a service fee per year for the software, it’s a tiny percentage of the replacement cost of a laptop, let alone the value of whatever data you’re storing on there. That brings up an important strategy, and that’s working out what’s more important; the device or its data. In many cases, especially if it’s a business laptop, the data may be worth much more, at which point it can make sense to perform a remote wipe of the device. You should have a good backup strategy for any vital data in any case, and while it’s annoying to restore that backup to a new machine, it’s better than worrying about your personal data being in the hands of others.

I’ve recently been testing out Kensington’s Proximo Alarm system, a combination of iOS software and hardware. It uses a central alarm fob that you attach to your keyring, and a single tag that can be clipped to whatever you’d like, be it laptop or low-tech high-value devices. It’s paired with an iOS device — annoyingly there’s no option for other operating environments — and when any device wanders too far away, an alarm will sound. It’s certainly loud — you can see video of it in action here — and at $59.95 outright it’s a fair option that goes a little beyond Apple’s own inbuilt security if you’re concerned about losing an iPhone, iPad, or whatever you connect the tags to.