How do you avoid the “Australia Tax” when buying tech? 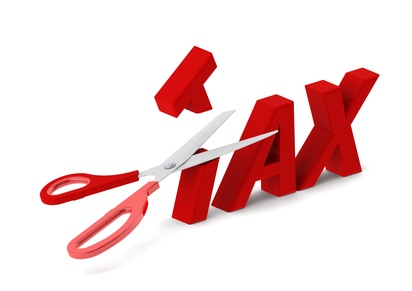 Australians pay more than Americans for tech, and often get less in return, but the Federal government’s IT Pricing Inquiry says it’s time we fought back.

If you’ve ever looked online at the cheaper prices which shoppers in the United States pay for tech then you’ll know exactly what the “Australia Tax” is. It’s that fat margin which tech giants often add to Australian price tags simply because they think they can get away with it.

Some vendors are worse than others, but the “Australia tax” is not just in your imagination. The Australian government’s IT Price Inquiry found that in many cases we pay 50 to 100 percent more than the US price, not just on gadgets but also on digital content which doesn’t need to be packed in a box and shipped across the ocean. We certainly pay more for digital music, movies and software — even though they’re exactly the same as the digital downloads sold in the US.

What’s really interesting about the IT Price Inquiry report is that it doesn’t just highlight the Australia Tax, it actually encourages the government and Australian consumers to fight against it. The report recommends scrapping parallel importing restrictions which prevent retailers bringing in cheap imports.

The report also recommends putting pressure on digital content providers to abandon geo-blocking, which stops Australians accessing cheaper foreign content and services such as Netflix. The report even goes as far as recommending that the government actively “educate” Australians on how to bypass geo-blocking to get a better deal.

While the government mulls over the IT Price Inquiry report, it’s not hard to take matters into your own hands. One easy way for us to beat the Australia Tax is to shop online, especially if you’re buying goods which are easy to post.

You’ll often find better prices overseas, but don’t forget to allow for postage, exchange rates and foreign transaction fees from your bank. Once you take all these into account, you might find better deals from Australian online stores, many of which rely on cheap parallel imports anyway.

Sites like StaticIce, ShopBot and GetPrice make it easy to search across Australian stores for the best deals, whether you’re shopping for gadgets, household appliances, kids toys or linen. It’s also worth checking eBay, both in Australia and the US, as many online retailers have an eBay shop front. Once you know your size and favourite brands, it’s even easy to shop for clothing, shoes and cosmetics online.

If you can’t find the product you want online, or they won’t ship it to you in Australia, you might pay a US-based mail forwarding service to accept deliveries on your behalf and forward them on to you. Some services will even walk into US stores and buy whatever you want over the counter.

It’s a little more complicated to bypass the Australia Tax when shopping for digital downloads such as movies and music. US content providers tend to employ “geo-blocking” to turn away foreigners in search of a better price. It’s not hard for Australians to access Netflix and Hulu by sidestepping geo-blocking using a Virtual Private Network or a DNS-based service. You can also bluff your way into the US iTunes store, where prices are cheaper than the Australian store.

Bypassing geo-blocking still a legal grey area, although the IT Price Inquiry falls on the side of Australian consumers. It encourages the government to fight against geo-blocking and even educate people on how to bypass it so they can avoid paying the Australia Tax.