How do you watch internet video on your television? 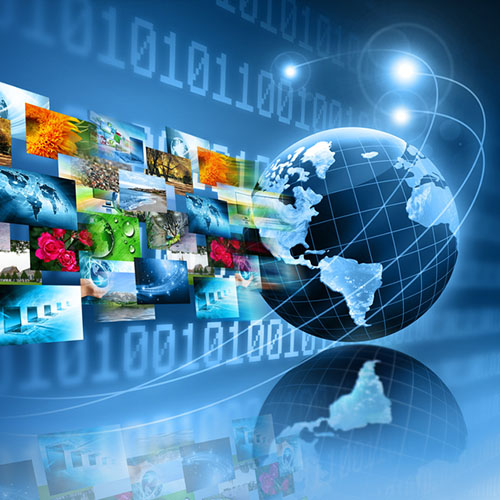 Community Television is shifting online, so how do you keeping watching it on your television?

In 2016 the government intends to take Australia’s Community Television stations off the air and shift them across to internet streaming. The airwaves they’re using at the moment were once earmarked for a sixth television network but will now probably be auctioned off to the telcos to boost their mobile broadband networks.

The trouble with this plan is that there’s no cheap, simple and universal way to watch internet video on your television. How the Community TV stations reach viewers will depend on which internet video platforms they use and what apps are available for various home entertainment gear such as Smart TVs.

These days there are several ways to get internet video onto your television, depending on what you want to watch, how much you want to spend and the gear already in your lounge room. Some ways are more practical than others.

One option is to hook up a computer to your television, either a notebook or a dedicated home theatre PC to live in your lounge room. The advantage of this is that you can watch any online video service which plays in a web browser, even those outside Australia if you use a VPN or DNS workaround to bypass geoblocking. The disadvantage is that a computer can be cumbersome to drive from the couch, although you can buy an infrared adaptor to use with a universal remote control and then run a lounge room-friendly media centre interface such as XBMC or Windows’ MCE.

You’ll also find video adaptors for connecting your smartphone or tablet to your television. To make life easier you might invest in an Apple TV or Google Chromecast to act as a wireless bridge between your television and your computers, smartphones and tablets. Plenty of Apple and Android apps support both Apple’s AirPlay streaming format and Chromecast.

AirPlay video streaming is also built into iTunes, plus recent Macs can mirror their screen – once again letting you watch any internet video source. Meanwhile the Chromecast lets you mirror tabs in the Chrome browser.

If you’re streaming from a handheld gadget you might run into trouble if it’s a Flash video stream. Thankfully many online video services now offer HTML5 streaming to handheld devices. The downside of this approach is that you’re still reliant on having a computer, smartphone or tablet by your side on the couch.

Another alternative for getting online video onto your television is to invest in a Smart TV, internet-enabled Blu-ray player, Personal Video Recorder or games console. The beauty of this is that you can drive everything with a remote control and the interface is optimised for the big screen. The downside, apart from the expense of buying the gear, is that you’re at the mercy of the internet video apps which are available for your particular device.

For example, most home entertainment gear only supports three or four of Australia’s five Catch Up TV services. Access to other services like Quickflix and Foxtel Play is hit and miss. New FreeviewPlus-capable televisions support all five Catch Up services but might be missing some of the other apps and services you want.

You will find a handful of internet-enabled Blu-ray players and set-top boxes with a Flash-enabled web browser, like D-Link’s old Boxee Box, but using a web browser on the big screen tends to be cumbersome and video support is hit and miss.

Unfortunately there’s still no one-size-fits-all solution when it comes to watching internet video in your lounge room. The trick is to find the best fit for your home and the gadgets at your disposal.