How important is your smartphone camera? 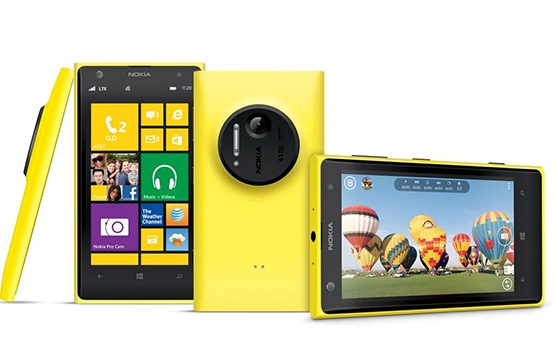 One of the most popular things to do with a smartphone is take photos; you’ve only got to look at the popularity of services such as Instagram to realise that. I’ve been spending time checking out Nokia’s latest smartphone, the Lumia 1020 recently, and it could well be the perfect Instagram camera — were it not for the fact that you can’t get Instagram on the Windows Phone 8 platform the Lumia 1020 runs on.

What you do get is a very capable smartphone camera with a 41 megapixel sensor. No, that’s not a typo; the sensor on this camera is more than double the megapixel count of any of its competitors, tied into some optically balanced lenses that can — in the right hands — produce stunning effects. It’s a very particular play for Nokia, as it’s got plenty of other handsets that just show off Windows Phone 8; the Lumia 1020 is an $899 play for those who take this kind of thing seriously.

It may not have Instagram, but the Lumia 1020 isn’t exactly lacking in photo apps. Nokia’s Smart Cam app lets you do all sorts of camera trickery with adding in blur, getting the best shot through burst mode and the like, but it’s the Pro Cam that’s going to appeal to more serious photographers, simply because it allows all sorts of manual adjustments that are well beyond the cameras on most other smartphones, and indeed many compact cameras as well.

Beyond that… it’s a Windows Phone 8 device. Windows Phone 8 hasn’t taken off anywhere near as well as Microsoft might have hoped, sitting in a fairly distant third/fourth place (depending on whose figures you believe) with Blackberry, while the market is dominated by iPhone and increasingly Android handsets. Microsoft puts quite a tight level of control on the hardware available for Windows Phone 8 makers — Nokia being the primary one — and while that does lead to standardisation, it also means that one Windows Phone 8 device really does feel pretty much like any other. The Lumia 1020 mostly runs the same as the 920, the 925, the 520, and so on and so forth. It is a little larger — mostly to accommodate its camera — and if you like that sort of thing, it’s available in a rather startling yellow colour, as well as more regular black or white colour schemes.

The Lumia 1020 is also a fascinating smartphone for reasons beyond its embedded camera. It is quite likely to be the last smartphone that “Nokia” ever builds — but not the last Lumia. The company that was at once time synonymous with mobile phones — you’d be hard-pressed to find too many mobile users who hadn’t owned a Nokia handset at one point in time — recently announced that it’s selling off its hardware division for a tasty $7.95 billion dollars.

The buyer? Microsoft, the company that makes the Windows Phone 8 operating system that all of Nokia’s smartphones have run on for the past couple of years. As a swansong — presuming Nokia doesn’t have any last-minute surprises sitting in its factories — the Lumia 1020 is an excellent way to go out.