How loyal are you to your gadgets? 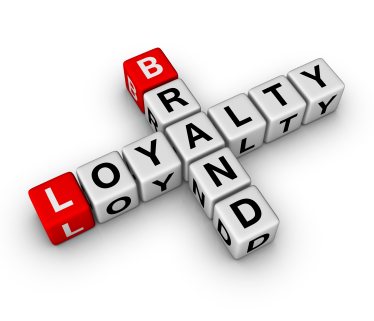 Could a bigger screen or better camera win you away from your one true love?

The gadget wars tend to focus on bigger, better and faster, but do these things really matter that much? Surely they’re more about bragging rights than anything else. Would a little more grunt or a little extra screen real estate honestly see you turn your back on your current smartphone or tablet? Many people would argue that the only real iPhone killer is the next iPhone. Would you swap Apple for Android, or vice versa, just for one improved feature? How about turning to Windows 8? It’s certainly slick, but could it tempt you to abandon your current smartphone or tablet to start again?

The phrase “start again” is perhaps the key issue here. These days when you buy a gadget you’re not just buying a chunk of hardware. It’s not like buying a car, which basically does the same job whether it’s a Holden or a Ford. Buying a smartphone or tablet means buying into an ecosystem of software, services and accessories. Switching from Holden to Ford doesn’t require building a new Ford-friendly garage, nor does it limit which suburbs you can drive through. But switching from Apple to Android means abandoning all your apps, services and accessories to start from scratch. It can be an expensive proposition if your home is filled with cradles, chargers and speaker docks, not to mention a car kit.

The prospect of swapping smartphones is a daunting one, but it seems people are opening their minds to the idea of change. Recent figures from Strategy Analytics revealed that the number of iPhone users in Western Europe looking to buy another iPhone had dropped from 88 percent in 2011 to 75 percent in 2012. Over in the United States, the figure dropped from 93 percent to 88 percent.

You obviously wouldn’t say that Apple is at death’s door, but the fact that fewer people feel locked into the Apple ecosystem is very interesting. It’s particularly good news for Microsoft’s new Windows 8. The struggle to win people away from Apple and Android is obviously easier if people are open to change. And that’s the biggest challenge for Microsoft, getting people to take the leap. It will obviously be hoping that Windows 8 on the desktop will entice people to try it on tablets and smartphones. Once people have experienced Microsoft’s unified “Modern UI” interface and ecosystem across their computers and their handheld gadgets they might find it harder than ever to change.

Are you wedded to your smartphone? What would it take to change your allegiance?