How much data do you use, and how much do you need? 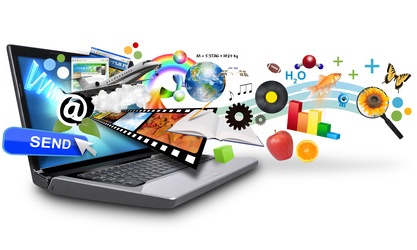 When you’re sorting out your online costs, one thing that often doesn’t get much of a look in is the cost of data transmission, especially for fixed line (ADSL/Cable) services. We’re much more likely to keep track of our mobile data, because mobile data costs quickly ramp up, but for most fixed line plans these days you’re more likely to be looking at getting shaped — that is, ramped down to a slower speed until the end of your billing month — and that means it’s a factor that often gets overlooked.

It shouldn’t be, and not just because it can be inconvenient to be on a slower speed. The reality for the ISP business is that it’s built around the idea that most users will pay more for data than they really need to, either with “unlimited” plans where it’s expected you’ll use far less than the cost of the plan, or simply with data quotas where you’ll often fall well underneath your overall usage needs. Over time, plan allocations have grown to an exceptional level; where once an allowance of just a few gigabytes a month was seen as “plenty”, it’s now quite feasible to sign up for plans that offer a terabyte of download quota per month. As such, it’s a good idea to look over your average usage month by month; if you’re paying for way more data than you need it may be wise to see if your ISP will allow you on to a lower tier — especially if you’re out of contract — and if you’re often being shaped, a higher tier may be advisable. Again, if you’re out of contract, that may be easier, and you may find that new plans offer more data than your existing month by month plan.

On the mobile side, if you’re constantly being hit with excess usage bills, or running out of data on pre-paid plans, check carefully which services you’ve got set to run with push data enabled. If you don’t need your email absolutely on demand, dropping it down to simply access when you choose to refresh (which can, of course, be only when you’re on cheaper Wi-Fi data) can save you both battery life and data usage on the go. The same is true for social media and any kind of online photography, such as the very popular Instagram.

The increase in data usage is in line with the general usage figures across Australia, too; the growth of Internet for business as well as consumption activities ranging from YouTube to iTunes to Spotify and everything inbetween has seen data usage grow rapidly in a very short space of time. To be specific, Australian internet traffic has doubled every 465 days, at least according to research conducted at the University of Adelaide (Australian internet traffic to grow fivefold by 2016), which suggests that we’ll hit an exabyte — that’s one billion gigabytes — of data usage per month by 2016. That’s a growth rate of more than five times in that period, and it’s fairly predictable that to keep pace, ISP plans will accelerate to that level as well. In the meantime, however, a little careful monitoring can pay off in keeping your data costs low and your shaping time minimal.