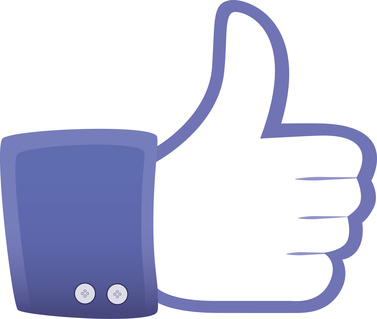 Facebook turned ten years old recently, although you’re only likely to have been using the social media service if you happen to have been lurking around the American university scene back in 2004. Still, it’s been an impressive rise — how many other IT companies manage to attract enough attention to become the focus of a Hollywood movie?

Facebook promotes itself as a social service to connect and reconnect with friends, and that gives it a nice warm fuzzy feeling for many people. Since its inception it has expanded somewhat into other areas, and as such it’s perfectly feasible to use Facebook as anything from social activism to building virtual farm lands.

Still, what underpins Facebook is data. Facebook runs on the data provided by its users for free, and it’s access to that data that forms its value equation, as Facebook builds ever more accurate pictures not only of each individual user for advertising purposes, but also of its userbase as a whole.

Facebook isn’t shy about stating that it’s doing this, either. Recently over the week that included Valentine’s Day, the company published a series of blog posts (on Facebook, naturally) on relationship data, covering everything from the prevalence of relationships between people of different religious faiths by nationality (Love and Religion) to the age gap between partners (The age of love) even to the relative rate that people tend to post to Facebook when they’re getting into a serious relationship, and the way that posts about their partners tend to drop off once they’ve announced the existence of said relationship (The formation of love).

It’s interesting data on a number of levels, but the one thing that really sticks out for me is that, over its ten year period, how Facebook has subtly changed how many people feel about private (or semi-private) information.

Figures around matters such as age gaps are a relatively easy thing to determine if both partners reveal their ages, but showing the rate of posts about a relationship partner shows how much deep data mining actually goes on behind the scenes. That data has concrete value — it’s rather like an ad-hoc online and ongoing census in many ways — but it’s the kind of thing that in other contexts has (or did have) many people up in arms around privacy issues.

Privacy on Facebook is an interesting issue, because it exists on two levels. You can set your personal privacy preferences to stop other users from gaining access to your information, although Facebook’s frequent privacy changes don’t always make this an easy task. Facebook itself though is free to use the data you give it for its own purposes, although to be fair the relationship data they used for their Valentine’s study was said to be anonymised.

Not that every bit of Facebook data is necessarily accurate, mind you. For what it’s worth some years ago a Facebook glitch declared me to be the oldest age it would accept, so as such it thinks that I’m 109 years old, and the age gap between me and my wife would be rather on the extreme side.