How to make your portable device power last longer 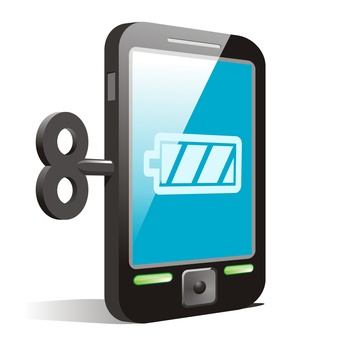 As laptops and tablets have moved into the computing areas that desktops traditionally took care of, we’ve gained a whole lot of mobility. That hasn’t come without a price, though, because each and every mobile gadget requires some kind of power source. There’s nothing worse than having a gadget incessantly nag you — whether it’s via an onscreen prompt or a hideous beeping noise — about its power getting low. It’s almost as bad as that sinking feeling as you rush to finish a vital piece of work, only to see the screen go blank as your mobile device shuts down.

So what can you do?

The first and most basic thing you can do is fight to extend your useful battery life. Dim the screen brightness as much as is feasible, and if you’re not using the sound system, mute it completely. Likewise, turn off any network features you’re not using, or at least turn them down a little. If you don’t use Bluetooth, make sure it’s off. If you’re using a mobile data connection, whether it’s via Wifi, a tethered phone, hotspot or USB modem, use it exactly when you need to, and otherwise not at all; for phones this means dropping back to a GSM/2G connection, which will keep your power usage as low as possible.

Most notebooks will offer up a variety of power profiles intended to extend battery life. Don’t ignore these, as apart from some of the basics outlined above, some have specific behind the scenes tweaks that allow your battery to last even longer.

Then there’s program specific optimisation; if you’ve got specific work to do, make sure that only the applications that you need to be working on are open; even in relatively optimised environments like Windows 8 or OS X Mountain Lion, every program is still draining a little power. That’s especially true of browsers; if you don’t need a tab or window, shut it down and sip timidly at your power supply.

If all else fails you, it’s also worth looking into battery extenders. These vary by price and availability, but having an additional power supply — whether it’s a battery to pop into your exhausted notebook or a battery charger for your tablet — can extend your working time by a number of hours, or at the very least allow you to save your work before the power conks out.

The fight to keep your technology powered is a noble one, but sadly, like an ageing boxer punching past his glory, it’s a fight you will ultimately lose. There’s a finite life for the battery within any gadget; that’s fundamental chemistry at work. The older the battery within a given device — whether it’s a tablet, a smartphone or a laptop — the lower its overall battery capacity will get, until it’s not capable of holding a charge any more at all.

That’s a concern whether you buy gadgets with sealed batteries or not, because even on older model laptops with removable batteries, much of the compatible battery stock may well be of the same age as the original laptop, meaning it may have less wear and tear than your original battery, but many of the same age and power related problems anyway. When that time comes around, it’s worth doing some careful sums; a new battery may extend the life of your system a little, but a completely new system may be that much generationally faster that you’ll get more done with it anyway.