How will you access the NBN if you’re off the beaten track? 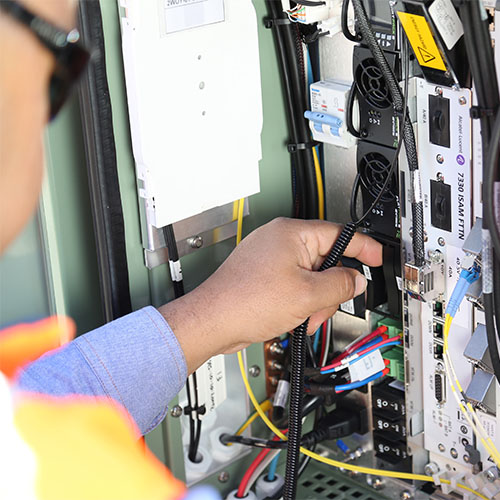 If your business can’t hook up to the NBN via fibre, cable or copper then fixed wireless or satellite will come to the rescue.

With plans for the National Broadband Network in flux it’s difficult to say for sure how your business will end up connecting to Australia’s new high speed broadband network.

The good news is that the NBN rollout isn’t just focused on the major cities and towns.

The aim is to connect every premises in Australia, one way or another, so your business won’t be left behind even if you’re in regional or remote Australia.

The multi technology mix plan favoured by the government will use a mix of fibre optics, HFC, pay TV cable and copper phone lines to reach around 93% of premises – aiming to offer at least 25 Mbps in the next few years. If you’re too remote to jump on to one of these networks, your next option is NBN fixed wireless.

The NBN fixed wireless rollout has already begun and should be completed in 2015. When it’s finished, it’s expected to support around 500,000 premises across the country.

While it relies on the same 4G LTE wireless technology as the phone networks, fixed wireless is very different to mobile broadband.

To access NBN fixed wireless you need an antenna installed on your roof, pointed at the nearest base station. Inside the building you’ll have the same NBN wall socket as any other business – letting you set up local ethernet and Wi-Fi networks if you need them.

Initially NBN fixed wireless aims to offer at least 12 Mbps download speeds, with the option of upgrading to 25 Mbps. This is a lot slower than what you might get from your telco’s 4G mobile broadband network, but the trade-off is that fixed wireless should be more reliable.

There’s a limit to the number of premises which can share a fixed wireless base station, to ensure that your internet connection doesn’t slow to a trickle during peak times. You don’t get this kind of guarantee when you connect to the nearest mobile phone base station.

If your business switches across to fixed wireless you’ll still stay connected to the copper network for making phone calls. Some fixed wireless internet service providers will also offer the option of making voice calls over the internet. This might work out cheaper than a traditional phone service, especially if you make a lot of long distance calls, but you’ll want to trial it for reliability before putting your trust in it.

Before you can sign up for NBN fixed wireless, an installer will visit your premises to assess your signal strength. If you can’t get a decent signal from the nearest fixed wireless base station then you’re likely to end up on a satellite connection.

Thankfully the NBN satellite service is also undergoing an overhaul, with a new network of satellites and ground stations due to be completed in 2015. The NBN Long Term Satellite Service is expected to launch in either 2015 or 2016, also aiming to offer download speeds of 12 Mbps or 25 Mbps.

Once it’s in place, the NBN will be able to reach the farthest corners of the country to ensure every business can enjoy the benefits of broadband.