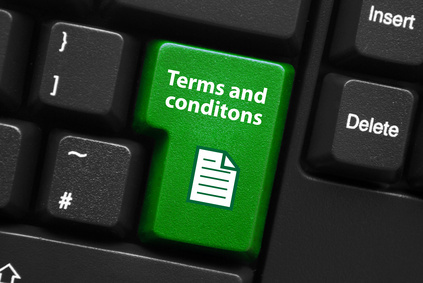 Popular online photo sharing service Instagram found itself in hot water when it made changes to its terms of service that were widely interpreted as meaning it could sell user photos for use in advertising. Many users were outraged, and there appears to have been a rather large adoption of rival photo sharing site Flickr as a result.

Instagram protested that its terms had been misinterpreted (thank you and were listening), before backing down and reverting back to the terms it had previously used (updated terms of service based on your feedback), although those terms do still allow for a rather wide definition of “use” in any case.

In one sense, Instagram’s backdown could be seen as victory for customer complaints; if a business changes the way it works and alienates its customers, the best way to vote has always been with your wallet. But what do you do with a free service when there’s no wallet involved? You walk away, and it was the spectre of that which forced Instagram to act.

What it’s a more pertinent reminder of is that while it’s tempting to skip over the terms and conditions documents that many of us just idly click, there can be ticking time bombs within. There are sites that can help with this — tos-dr.info/ aims, for example, to simplify Terms Of Service documents — but there’s nothing that’ll compare with your own careful checking. The actual pressing legal status of a clicked-on agreement is something that could theoretically be challenged in court (not that this is legal advice, mind you), but very few of us would have the kinds of resources to mount a legal attack on a large internet firm to begin with — which is why understanding what you’re signing up for is so important.

Equally, those outraged at Instagram would do well to remind themselves that in the case of free online services owned by private businesses, they’re not the actual customers of the business in question. It sounds a little weird, but it’s true; for the vast majority of “free” online services, the money comes in via those advertising banners that adorn sites or smartphone applications, which means that the customers of the business are the advertisers. You’re getting a service — in Instagram’s case, photo sharing — but in return, you’re more akin to being the product that Instagram sells rather than its customer. It may be online, but in many cases, you still can’t get something for nothing.