Intel gets cosy with AMD on new systems at CES 2018 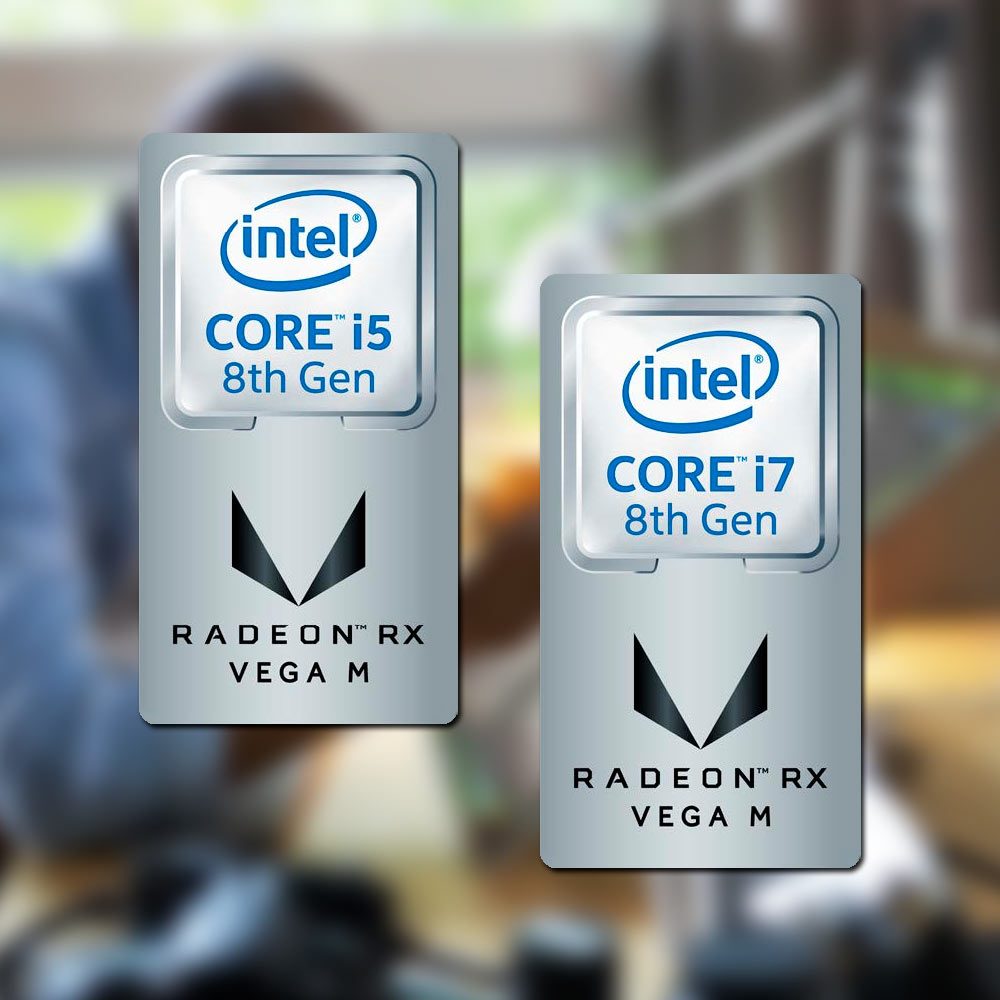 For decades now, if you were buying a PC, you essentially had two choices when it came to the processor that ran it. For the most part, Intel’s processors under various branding such as Pentium or Core were what you were most likely to hit, with rival AMD’s CPUs generally found in lower-cost machines, or in some cases in machines pitched towards enthusiast markets such as gaming. It’s long been a race between the goliath that is is Intel and the smaller AMD.

AMD, however, had one particular advantage in that, back in 2006, it purchased one of the two big graphics card manufacturers, ATI. That gave it something of a positional edge when it came to integrating graphics performance onto systems running its chips, with ATI’s Radeon GPUs onboard.

Intel could pitch towards ATI rival NVIDIA to an extent, but that was essentially in the form of add-on dedicated graphics boards, which is fine and accepted for the gaming crowd, but problematic for a wider audience. Intel did persist with its own inhouse graphics solutions, but these were always lower-tier products.

At the recent Consumer Electronics Show in Las Vegas, amidst a lot of news around its plans for everything from 5G to autonomous vehicles, Intel also announced a new tie-up to bring the embedded graphics on its systems up to scratch, by the unusual method of signing up with… AMD.

Yep, the two arch rivals are working together on Intel’s new “Kaby Lake G” processors, more formally for laptops the Intel Core i5-8305G and Intel Core i5-8305G and for desktops the Intel Core i7-8706G, i7-8709G and i7-8809G CPUs. All will feature Radeon GPUs onboard, with the laptop models featuring RX Vega M GL and the desktop versions running the more powerful Radeon RX Vega M GH graphics onboard. For its part, AMD is custom-producing the silicon that will go into these new processors, so they’ll be a little different from its existing models and the graphics drivers will have to come from Intel.

While there’s not much in the way of independent benchmarks to show performance, Intel’s suggestion is that on the laptop front, we’ll see new systems with solid 3D performance better than most chunky “gaming” style laptops by the middle of the year, while their desktop alternatives will allow for lower-cost entry into VR and AR experiences such as Windows Mixed Reality, the Oculus Rift and the HTC Vive.

At CES 2018, only a couple of manufacturers showed off laptop systems running the new CPUs. For its part, Dell debuted the Dell XPS 15 2-in-1, a thin and light fully foldable laptop with a gore fabric chassis for heat dissipation and a new “maglev” keyboard. HP also showed off an updated version of its highly regarded Spectre x360 running on the new processors, with options for a 4K display. Both Dell and HP expect to ship in the US in March, with global availability to be advised.

The interesting aspect with both systems is that while they should offer high-end graphics performance, neither is in the classic “gaming” laptop style, which typically favoured huge displays, heavy carrying weights and massive fans. Instead, they’re machines that look like they should just be simple productivity offerings, but instead will pack some real punch.