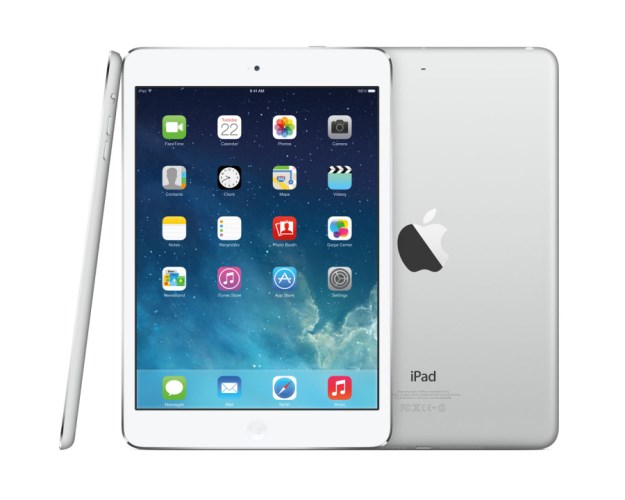 Apple’s sat in much the same position with its iPad lines for a couple of years now. Successive iPads from the first generation have improved screens and processors, but the core iPad idea didn’t really change, up until the release of the iPad Mini last year. Even then it was a choice between power and size, because the iPad Mini ran on slower hardware and with a lower resolution screen than its bigger brother.

This year’s crop of iPads is a little different, because the only difference between the iPad Mini and its bigger brother, the so-called iPad Air is the size of the display and the asking price. Apple’s launched the iPad Air to market first, with the retina-display-ready iPad Mini due to appear before the end of November. If you’re looking for an iPad upgrade, then, the field is rather open. Which model should you buy?

I’m yet to spend time testing out this year’s iPad Mini, but I have spent some time with the iPad Air. Apple’s dubbed it the “Air”, because it’s even thinner and lighter than the previous generation iPads, especially if you opt for the Wi-Fi only model, which tips the scales at a scant 469 grams. It’s an impressive bit of engineering, and it’s arguably also the first iPad that makes sense of Apple’s Lightning connector. Apple copped a fair bit of flack for switching away from the 30-pin dock connector it had used on iDevices pretty much forever to the smaller and proprietary Lightning connector. Up until now I would have said that while it may have been an engineering challenge to fit 30-pin onto an iDevice, but the iPad Air is the first iDevice where I can see Apple’s point. The 30 pin connector simply wouldn’t fit.

While on the subject of power, the iPad Air does very well. Apple’s estimates suggest a 10 hour battery life, and that will vary depending on how much you push its networking and processing duties. Still, it’s perfectly feasible to hit that target, and that’s impressive when you consider the whole frame is just under a quarter of the volume of the previous generation, which means there’s less space for batteries within the iPad Air frame than there used to be.

Apple’s other pitch with the iPad Air is that it’s much faster, with the same A7 chip found in the iPhone 5s, albeit clocked a little faster. That makes for a smooth and seamless app experience, although the existing crop of applications doesn’t really push it all that hard. What you’ll get right now are apps that load more quickly and multi-task with more aplomb; in theory in the future it should also be able to handle more than the rest of the ageing iPad crowd.

That processor advantage will of course be found in the new iPad Minis as well, and at a slightly lower cost, which leaves the screen size as the other real reason why you might want an iPad Air instead of a Mini . That’s going to be of most benefit if you do use your iPad for light productivity work — and it’s no coincidence at all that Apple’s made the iOS side of its iWork suite free for new iPad buyers — although it’s also quite good for more entertainment-centric tasks such as watching movies.

Is there anyone out there who upgrades their tablet every year? My environmentalist side would hope not (or that they’d recycle or hand on their old tablets at least), but if you’re looking to upgrade a first or second generation iPad, the Air is a very capable device indeed.