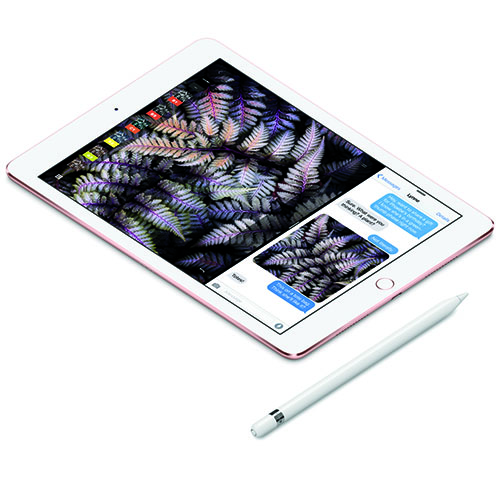 Kermit the Frog famously sang that it wasn’t easy being green. It’s a well known song, and one that, many years ago, Apple even used in one of its advertising campaigns for the original models of iMac computer — predictably, the green one.

Apple this week unveiled one of the worst kept secrets in smartphones with the iPhone SE. It’s a smaller form factor iPhone 6s in most important respects with a 4 inch display, no 3D touch capability and a slightly cut down front camera — but in all other respects it may as well be the iPhone 6s. It is, however, slightly cheaper than the 6s, which might have some appeal, but primarily if you’re going to go on contract for it. With an asking price starting at $679 for the 16GB model or $829 for the 64GB model, it’s not exactly a cheap smartphone. Apple gear never is.

Apple also introduced a 9.7 inch variant of what it’s now dubbing the iPad Pro, although that nomenclature’s essentially being applied to anything running on the A9X processor, and with the iPad Air 2 being on the older side right now, it was inevitable that Apple’s most popular tablet size would get some kind of parity with the 12.9 inch model. I’d be very surprised if there was an iPad Air 3 to speak of in the future; Apple’s pretty clearly putting its eggs in the iPad Pro basket. That’s got some interesting future implications if you’re a Mac user rather than an iOS user, because Apple makes far more money from its iOS devices than it does its Mac platform. At some point in the not-so-distant future it’s not inconceivable that Apple could opt to quietly discontinue Macs in favour of iPads and iPhones — the iPad Pro branding could just be the beginning.

One other thing Apple did at the launch of the iPad Pro 9.7 inch and iPhone SE was talk up its green credentials. It showed off a recycling robot and its own solar power initiatives well before it announced any new products. Predictably as part of the launch, Apple took a small swipe at its Windows competition, complaining that there were over 500 million Windows PCs worldwide that were more than five years old and still in operation. Apple’s take was that it was “sad” because they’d be better off with an iPad Pro. I’m certain that Apple would love to sell 500 million iPad Pros.

They’re probably not wrong with the figures, given that despite Apple’s overall market success, Windows is still the dominant platform and has been for decades now. What surprised me, however, was how Apple’s trying to use the age of Windows PCs to sell iPad Pros. Not so much from a straight productivity point of view — I get that a five year old PC probably is a little clunky compared to a highly optimised 2016 tablet — but simply because upgrading a system that works, even if it works slow, isn’t actually terribly “green”.

The issues around the overall environmental suitability of a lot of IT equipment are quite complex, because the creation of a lot of technology involves complex and sometimes toxic chemical processes that have to be carefully managed. That’s why when your IT gear does stop working, getting it responsibly recycled is an absolute must.

However that’s a step that should only be taken once it’s at its actual end of life cycle. Yes, computer parts can be recycled into other forms, and even other IT products eventually, but all of that takes power, water, shipping and an overall environmental cost.

Whereas a computer that’s still working has already paid its environmental “price” back when it was built. By all means, consumers should upgrade when it makes sense to do so, especially if a given PC, Mac or tablet dies or is no longer of use.

But the greenest thing you can do with any bit of computing gear is to keep on using it, rather than replacing it just because a computer company suggested that you should.