iPad Pro: Which pros is it good for? 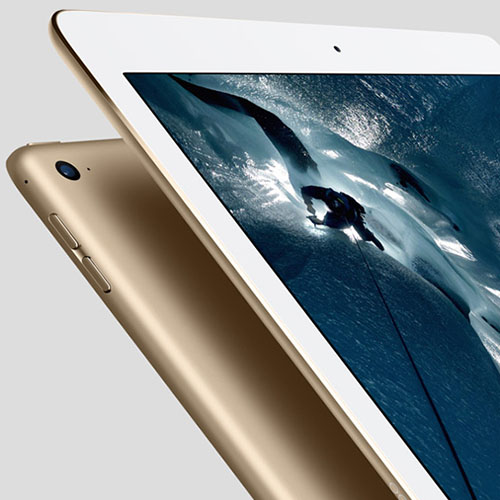 The new iPhones are, as you’d expect from an “s” model iPhone, iterative improvements on the models released last year. Apple tends to work on this kind of tick-tock cycle, where every two years they make more radical changes, but in the intervening “tock” year, they refine the design and speed the processing power along the way. What got the attention of a lot of folk was the iPad Pro, if only because with a 12.9″ display, it’s Apple’s largest iPad to date, and one that rather firmly plants an iPad-shaped flag in the productivity market.

Or at least that’s Apple’s hope for the device, because it’s long argued that iPads can be good for more than productivity work. Tie the iPad Pro, the new (and exceptionally Surface-styled keyboard case and “Pencil” stylus) to the new multi-screen features of iOS 9, due to be available from September 16th, and you could have a reasonable productivity machine.

The issue here is the same one that faces an awful lot of technology which otherwise seems to exist for its own sake, and that’s working out exactly who the iPad Pro is likely to be a good match for.

iOS is an extremely controlled working experience, and there’s something of an argument that if you never multi-task and have only light needs, it could work well. Equally, I could see that the combination of a high resolution 12.9″ display screen and the “Pencil” stylus that Apple will sell as a US$99 extra to the main iPad Pro could work well for artistic types who want something with a bit more inbuilt capability than the Wacom tablets that this market usually goes for.

I’m struggling, however, to work out beyond that who the iPad Pro is going to massively appeal to. Apple Australia hasn’t announced local pricing, but it has announced US pricing for a November launch. It’ll sell for US$799 in a 32GB variant, US$949 for a 64GB version and US$1079 for a 128GB version. After currency conversion and GST, presuming the Australian dollar doesn’t get any worse in the next couple of months, it’s likely to be priced between $1400-$2000 when it hits our shores.

That’s quite serious laptop territory, whether you’re on the Mac or Windows side of the fence, not to mention ultrabooks and hybrids like Microsoft’s Surface line. It’s not hard to see why Apple’s gone down this road, because while tablet sales worldwide have been dipping, iOS has still been generating the vast majority of Apple’s sales and profits compared to its desktop/laptop Mac OS offering. Mac OS isn’t touch-capable, and would require some significant OS reworking to make it so, but iOS is right there for an easily guided, touch-based experience.

iOS might be nicely guided, but in a professional, productivity-centric world, I’m considerably more likely to lay down that kind of money on a MacBook Air than an iPad Pro. Apple is, I think, going to have its work cut out for it convincing many professionals otherwise.