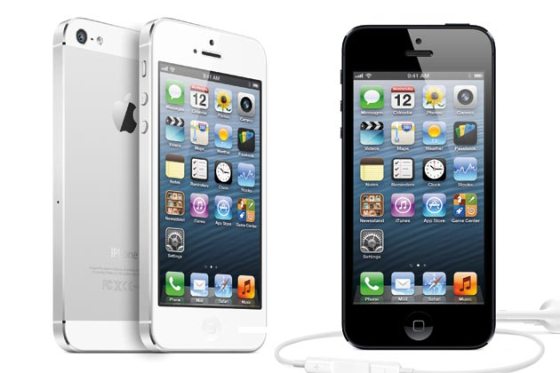 There wasn’t much of a mystery surrounding Apple’s latest iPhone; while previous launches have been veiled in mystery, the latest iPhone had been the subject of so many cross-correlating rumours, leaks and well taken photographs that about the only thing that Apple’s Tim Cook had to do was announce when it’d be available; as it turned out, that was a week later, with the first officially sold units going out to Australian buyers recently.

We’ve already covered off the terrible state of Maps on the iPhone 5 — and this is true for any iOS device that takes on iOS 6, so that includes the iPhone 3GS/4/4S, iPad 2 and 3rd Generation and the most up to date iPods — but what’s the rest of the phone like?

Apple sells the iPhone as a “premium” experience, and holding the iPhone 5 in your hand, it’s easy to see where all its engineering money goes. It’s a superbly built bit of electronics, and one that does improve on the iPhone 4S in a very significant way, dumping the glass back in favour of a simpler — and much less breakage prone — aluminium back. It’s an interesting proof of how you can simply alter an existing design and make something that still looks very good indeed.

The other big change is that while the iPhone 5 is nicely light, it’s actually Apple’s “biggest” iPhone — at least in one dimension. While competing manufacturers have opted for 4.5+ (and larger) displays, the iPhone 5 has a 4″ display — but only in one dimension. Rather than stretch the iPhone out along the diagonal, it’s simply higher, allowing for an extra row of icons on the dashboard, as well as a 16:9 aspect ratio, meaning any movies you choose to watch on it should have minimal or no letterboxing at all. Apple’s smartphones have long had excellent display screens, and in this respect the iPhone 5 doesn’t disappoint. Still, that extra little bit of screen is only an extra little bit; put it up against a Samsung Galaxy S III’s 4.8″ screen and you can quickly see the difference in practical applications like web browsing and the like; the Galaxy S III displays a lot more information, even if the screen isn’t quite as sharp. Apple’s pitch for this is that it allows for easy one-handed operation, and there they’ve got a point — but quite how much you’ll care depends on your hand size and how you actually use a smartphone.

Underneath its 4″ display sits a faster A6 processor that makes the iPhone 5 quite quick indeed, even with apps that usually take a while to load. Web page rendering is fast, and even flicking inbetween pages of applications is a little nippier than it used to be.

The iPhone 5’s also Apple’s first “4G” phone, and (unlike the “4G” in the 3rd generation iPad), it does work on Australian networks. Optus’ network isn’t terribly widespread — Sydney, Melbourne, Newcastle and Perth so far — but testing on it with a review Optus iPhone revealed excellent speeds of up to 45Mbps down; Telstra’s much more widespread network revealed similar speeds, sometimes a little lower — but then Telstra’s got around half a million 4G customers to serve, and covers a lot more ground where you might want to use 4G. I’ve tested a Telstra iPhone 5 in regional areas of Australia where Optus doesn’t (yet) have any 4G presence at all. Again, though, it’s not the only 4G smartphone on the market.

So should you buy an iPhone 5? It really depends on what you’re upgrading from. If you’re already in the Apple ecosystem and comfortable there, for anything but the iPhone 4S, it’s an almost automatic recommendation; the combination of the new light design, 4G speeds and nippy new processor make this an excellent smartphone. For those who invested in last year’s iPhone 4S, the differences are less marked, 4G aside. For those looking to switch camps it’s (maps aside, and you can always load another maps application) a solid contender in the premium smartphone space, but its Android and soon-to-be Windows Phone 8 competitors are breathing down Apple’s neck, keen to grab as much of the profits it’s been able to make from the iPhone brand as possible.