iPhone 5s: A mid-cycle replacement with plenty of power 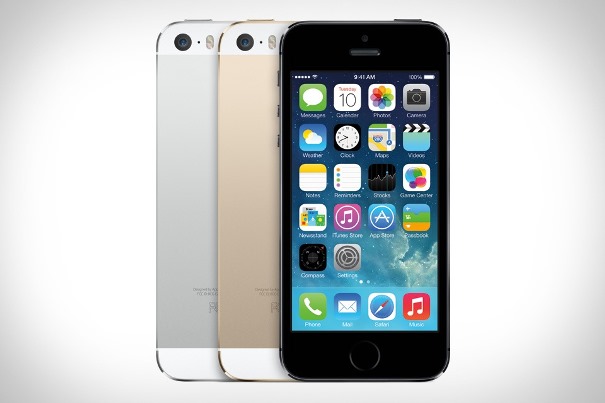 Apple only releases one iPhone model a year — except when they release two, which is what they’ve just done with the iPhone 5s and iPhone 5c. The iPhone 5c is a colourful and plastic version of what is essentially last year’s iPhone 5, albeit with a marginally larger battery, but the attention getter is undeniably the iPhone 5s.

Apple’s managed to generate a lot of hype around its products for years, and some will decry that against the wider market of smartphone options open to you; everything from the excellent camera on the Nokia Lumia 1020 to the natty waterproof version of the Samsung Galaxy S4, the Galaxy S4 Active present themselves as entirely vaiable alternatives to the world of iOS. Yet people still queue up for the latest iPhone. Is the iPhone 5s really that special?

I’ve spent the past fortnight since attending the launch of the phones in Cupertino California running the iPhone 5s (and the 5c) through their paces, keen to see if Apple still had a premium product on its hands. The answer is that yes, they do — but within a certain framework. There’s no one “best” smartphone for anyone; information junkies will do slightly better with Windows Phone 8 or Blackberry handsets. Customisation fans will enjoy everything you can do with Android. That leaves Apple targeting the wider consumer audience who wants — and it’s a terrible cliché — a phone that “just works”.

That’s pretty much exactly what the iPhone 5s does. It comes in three tones — silver, space grey and the surprisingly popular gold — with the usual run of 16/32/64GB of storage; picking the right capacity is rather important as there’s no way to add any storage to an iPhone itself. Underneath a design that’s mostly identical to last year’s iPhone sits Apple’s brand new dual-core “A7” processor and 1GB of RAM. It’s a combination that doesn’t sound like much — for what it’s worth, Samsung sell a version of the S4 with an eight-core processor, albeit not in Australia — but in actual use it absolutely flies along, whether you’re using it for web browsing, email, games or anything inbetween. The camera remains an 8 megapixel model, but Apple’s borrowed a trick from the HTC One and its “ultrapixels”; the sensor sites on the 5s are 1.5 microns across, making them larger than on many competing phones. The results are startlingly good; I’ve collected a series of ad-hoc photos which you can peruse here pitting it against the exceptional camera on the Lumia 1020. The Lumia is still the better camera — but not by anywhere as much of a margin as you might suggest, and the iPhone 5s sits much easier in the pocket than Nokia’s gargantuan phone.

The interesting aspect here is that as an “S” series phone, the iPhone 5s should sit as a mid-year replacement prior to the iPhone 6, which — if the current crop of not always reliable rumours are to be believed — may well break out into a 5 inch or larger display screen. Apple’s usually only tinkered around the edges with its mid-cycle s iPhones — the 3GS and iPhone 4S — but the iPhone 5s is quite a bit more powerful than its predecessor.

So should you upgrade? If you’re already an iPhone 5 user, I’d say not, simply because that hardware is only twelve months old and should well and truly survive through to the next iPhone generation. If you’re using an older iPhone and want a little more power, then it’s a pretty easy recommendation — much more so than the not-that-much-cheaper iPhone 5c — but with contract prices for this generation of iPhones not being exactly cheap, it’d be wise to look around at what else you might get for the same kind of money.