iPhone 6s: has Apple innovated as much as it can? 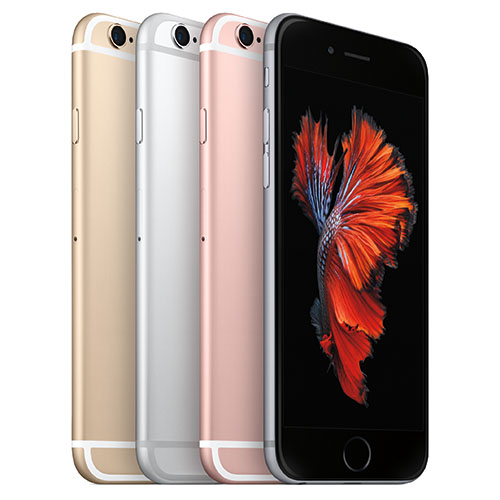 I’ve spent the last couple of weeks testing out Apple’s latest entry in its iPhone smartphone series, the iPhone 6s and iPhone 6s Plus. Apple’s settled itself very much into a two year innovation cycle, with the odd year in each pair bringing us an “s” variant phone with a faster processor, camera bump and maybe just one or two new features to keep their premium priced smartphones interesting to the wider crowd.

It certainly seems to have worked that way for Apple this year, with the company announcing that it sold some 13 million iPhone 6s and 6s Plus units in the first three days of global availability. As is usually the case, the iPhone 6s/Plus went on sale in Australia marginally before the rest of the world thanks to the international time zone difference, although observationally, the queues that used to typify iPhone launches were much less impressive than in previous years. The sales figures don’t suggest that interest has waned, but it’s quite likely that those keen on a new iPhone simply ordered one online for personal delivery in that early period.

But are they worth buying? That’s a question that depends very much on the kind of smartphone that you’re shifting from. There’s little doubt that the iPhone 6s and iPhone 6s Plus are the fastest iPhones that Apple’s developed, and you’d expect that in a line that only sees a single annual update. The A9 chip that powers the iPhone 6s and 6s Plus is very quick for even the most challenging apps, and the introduction of the multi-tasking friendly iOS 9 just before the iPhone 6s/Plus launch wasn’t a coincidence. It’s slightly annoying that while the 6s Plus has a nice large 5.5 inch display, it doesn’t get the real multi-tasking split screen features that the 7″ iPad Mini 4th Generation, launched not that long ago, actually does get.

What you do get with the new phones is a feature Apple’s calling “3D Touch”. It’s similar to the Force Touch feature found in the Apple Watch, in that if you press hard on the display screen, you get a secondary set of contextually relevant options. It’s the smartphone equivalent of a right click, and while there’s a bit of a learning curve to getting it right and not, for example, starting the app move/delete process accidentally, it’s quite useful as an add-on feature. I’m not one hundred percent sold that it couldn’t be implemented on older devices, but Apple’s often held software features to specific platforms to encourage sales takeup.

The physical design of both phones is ostensibly identical to last year’s iPhone 6 and iPhone 6 Plus, which means that accessories such as cases should fit snugly around the aluminium bodies of the 6s Plus and 6s. Apple’s claim is that the hardened aluminium of the new phones adds significant rigidity. I can’t say that I’ve belted them with a hammer to truly benchmark this, but anything that makes a phone more resistant to damage should be a good thing.

The 12MP camera on the iPhone 6s and iPhone 6s Plus is an impressive offering. Apple’s big hook this year is “live pictures”, which is on by default and captures a small quantity of video around the time you press the shutter button. In combination with the 3D touch feature, you can make your pics come to life in an ersatz Harry Potter style. It’s a cute gimmick, albeit not one that Apple can truly claim to have innovated; HTC’s had a feature like that in its “Zoe” camera app for a couple of years now.

Battery life on the iPhone 6s and iPhone 6s Plus is what you’d expect to see from an iPhone, and that’s rather disappointing on the whole. If you’re a moderate user you should see out a working day without having to lunge for a power supply, especially on the larger iPhone 6s Plus. Two days isn’t generally feasible, and if you’re a heavy phone user, it’s still going to be prudent to carry around a portable battery with you. Frankly, while it’s nice that Apple’s kept the form factor more or less identical to last year’s models, slightly thicker phones with more battery capacity wouldn’t have gone astray either.

Australians love iPhones, so it’s no surprise that the major carriers will sell you one on a contract, albeit typically not the cheaper contract variants. If you want one outright you’ll need to save your pennies, though. The cheaper iPhone 6s starts at $1079 for the 16GB model, but you’re daft if you spend a grand on a phone with only 16GB of non-expandable memory. The $1299 64GB or $1379 128GB iPhone 6s are much better offerings. For the 6s Plus, prices are at $1,229 (16GB), $1379 (64GB) and $1529 (128GB). You can thank the collapsing Australian dollar, at least in part, for some of those prices.

So is it worth it? That depends. Having tested them extensively, if you already owned last year’s iPhone 6 or 6 Plus, I’d say stick with that. The new phones are a little quicker and have better cameras, but you should expect that of an annual upgrade. If you’re upgrading from an older iPhone than that, you may as well buy at the top of the technology tree, and you’ll appreciate the differences much more. It’s worth remembering, however, that the smartphone market is wider than Apple, and there’s a number of competing handsets from makers such as LG, Sony and Samsung that are also worth your consideration. The iPhone 6s and iPhone 6s Plus are very nice devices, but Apple hasn’t entirely innovated as much as improved this year, and that might not be enough for you.