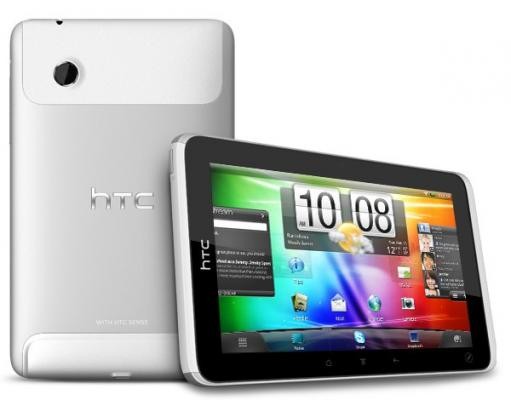 Too big to be a phone, too small to be a tablet — is the Phablet the best of both worlds, or the worst?

It’s pretty clear that touchscreen tablets aren’t simply a fad which will fade away. Tablets are here to stay and they look set to outsell notebooks this year. It’s an amazing statistic for a device that was practically unknown in the consumer space only three years ago.

Apple obviously wasn’t the first company to build a tablet, but it was the first in the consumer space to strike the right balance between size, price and performance. Even so, when the iPad first came on the scene it was hard to see whether there was a place for a tablet in the lives of people who already owned a notebook and a smartphone. Yet people quickly embraced this so-called “Third Device”, finding it was the perfect tool for some tasks even if their smartphone and notebook were within reach.

Steve Jobs famously mocked the idea of a 7-inch tablet, although Apple finally conceded last year and released the 7.9-inch iPad mini after the success of the Android-powered Nexus 7. As tablets get smaller, smartphones keep getting bigger — with the latest crop of Android superphones sporting generous 4.7-inch displays. Even the iPhone 5 caved into peer pressure to offer a larger 4-inch screen.

Somewhere between these 4-inch smartphones and 7-inch tablets lies yet another category of gadget — dubbed the “Phablet”, much to the disgust of linguists everywhere. Phablets are actually oversized smartphones, capable of making voice calls, rather than undersized tablets. It was actually HTC which paved the way with giant phones such as the iMate JasJar, which sported a huge 3.6-inch screen almost 10 years ago. Dell also threw its hat in the ring with the 5-inch Dell Streak, but today it’s Samsung pushing the envelope with the Galaxy Note. Judging by CES in Las Vegas, other Android vendors are now jumping on the Phablet bandwagon after the success of the Galaxy Note.

The original Android-powered Galaxy Note was blessed with 5.3 inches of screen real estate and came equipped with an old-school stylus that supposedly went out of fashion with Windows Mobile. Its successor, the Galaxy Note II, sports a 5.5-inch display and now there’s even talk of a 6-inch model.

At first glance the Galaxy Note seems ludicrously large and you feel self-conscious holding it up to your ear in public, like Maxwell Smart talking into his shoe. It can also be awkward to slip the Galaxy Note in and out of tight pockets. But Phablets do grow on you and converts swear that once you’ve had Phat you’ll never go back.

So is the Phablet set to take its rightful place as the “Fourth Device” year? Probably not. If anything it’s a substitute for your Second Device, as Phablets make phone calls so you’re unlikely to keep carrying around your old smartphone. When you’re on the road a Phablet can also play the role of the Third Device, your tablet. To be honest your tablet is probably already usurping the role of your First Device, your notebook.

Confused yet? In a nutshell, Phablets will only be embraced by people who are prepared to throw away their current smartphone for something quite cumbersome. Despite the glowing praise of Phablet converts, your average punter would be reluctant to make such a trade. If they were really that keen on extra real estate they’d find it cheaper and easier to go the whole hog and invest in a slimline 7-inch tablet which slips in their carry bag. Then they could retain their current sub-5-inch smartphone.

To use a motoring metaphor, fashionable four-wheel drives keep getting bigger but most people would still draw the line at buying a cumbersome minivan — unless it’s to meet a specific need. The Phablet is the minivan of the gadget world; practical for a few people but mocked by everyone else. Phablet makers might sell more overgrown phones this year than last year, but that doesn’t mean they’ll ever win mainstream acceptance.