Is it time for the phone line to go? 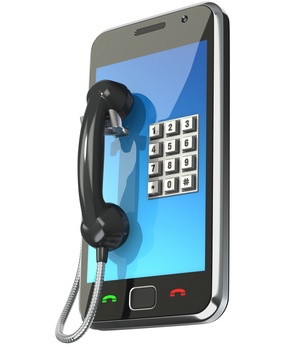 I walked past a phonebox the other day, and was struck by the fact that it was there. Not that a phonebox is an object of rich mystery per se, but simply that in an age where an astonishing percentage of Australians sport a mobile phone that they’d view as utterly indispensable, that there was still enough use for public phones.

Technically speaking, Telstra’s still obliged to offer them under its universal service obligation, which states that ” all people in Australia, no matter where they live or conduct business, have reasonable access, on an equitable basis, to standard telephone services and payphones.” Telstra doesn’t do this on a whim; there’s legislation (and money) to make it happen.

Still, where only a short while ago, that might have equated to rows of phoneboxes in prominent public places, it’s now not common to see that many phones, and that’s to do with how much demand that service obligation realistically has to meet. The mobile phone has supplanted the role of the public payphone to an extraordinary degree in a short span of time, and if trends continue as they have been, the next to go could be the home landline — and for much the same reason.

This isn’t related to the NBN in whatever form it’ll eventuate in, but again to do with usage patterns. The Australian Communications Media Authority (ACMA) released figures recently relating to our use of communications services, noting that nearly 3.3 million Australians aged 18 or over had dumped a primary landline in favour of mobile services for telephony. That’s one in five of the population who no longer saw a primary purpose in paying thirty bucks or so per month for a fixed line. Growth is consistent at around 20 per cent per year in this trend, and it’s also being joined by those who don’t want (or use) a fixed broadband connection either. It does skew somewhat by age — if you’re 65 or over you’re less likely to have dumped a landline, although growth rates in that group are larger than average by more than doubling year on year.

The ACMA’s estimation of why fixed lines are rapidly going the way of the dodo relate to the increasing affordability of mobile technology, from 4G data more flexible mobile plans, as well as the ability to manage multiple services from a single device.

What’s still rare is what the ACMA calls “full mobile substitution”. That’s where you’ve only got a mobile for all communication, from calls to Internet, with no personal fixed line service of any kind. That’s something that only 3 per cent of the population — around 480,000 of us — engage in, although growth there is more rapid than in simply dropping a home phone line, with a 70 per cent growth rate in the last twelve months. I suspect there’s a natural inhibiting factor there relating to the cost of mobile data. Optus recently announced new plans, for example, selling blocks of mobile data (for excess usage) at $10 per GB. That’s not bad for mobile, but in fixed line, just a few of those $10 payments could buy you 500GB or more of data usage.

That may change with the march of time and technology, and perhaps one day our descendants will look upon a home phone as something of a historical curiosity, rather than something that every home simply has. Already, it’s not true for 20 per cent of the population.