Is it time to upgrade to a Minecraft server? 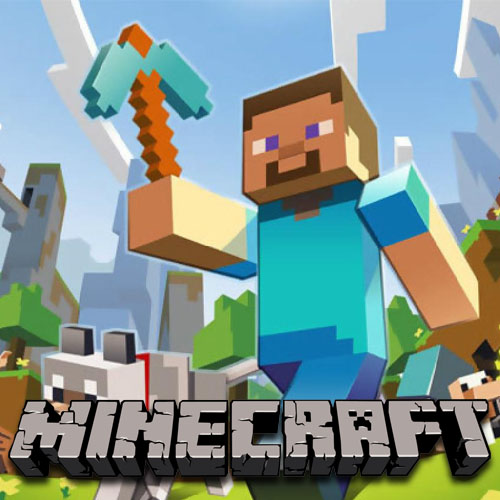 If Minecraft is popular in your home, maybe it’s time to free your Minecraft world from a single computer and run it on a home server or even in the cloud.

Minecraft is much more than a game, think of it more like an open Lego-style world where you can build anything your imagination can dream up. Apart from lavish construction projects, you can also go exploring, forge tools, brew potions, battle monsters and even build a portal to the netherworld.

My two primary school-aged children are keen Minecraft players and I’ll confess that I’ve also sunk a lot of time into my own Minecraft world. Thankfully you don’t have to find your way alone in Minecraft, you can let other people with Minecraft accounts into your world and work together. This is where things can become complicated and when you’re setting up Minecraft in your home it’s worth giving some thought as to who will join your world and which computers they’ll use.

Minecraft runs on Java and can be rather demanding on your computer. My children rely on hand-me-down notebooks which don’t have the grunt to do Minecraft justice. Rather than let them play on my powerful media centre computer in the lounge room, I installed the Minecraft server on the media centre – which generates a Minecraft world and lets people join.

Now my children can play Minecraft on the notebooks and connect to the Minecraft world running on the media centre. The game runs much more smoothly on my old notebooks when the powerful media centre is doing most of the work, although I’ve still needed to tweak a few performance settings. Thankfully it’s not hard to take a single-player Minecraft world and import it into the server software.

This set-up has worked well for a while, but it’s not without its complications. Before they can play the children need me to start up the Minecraft server on the media centre. If there’s an update to the Minecraft desktop software then the kids can’t play until I upgrade the server to match. Also the media centre can be a little temperamental and if it’s out of commission then Minecraft is also out of action. If the hard drive dies we lose all of our progress since the last backup.

With enough tech hassles in my life, I decided to outsource the problem and host our Minecraft server online. There are two ways to approach it – one is to pay a few dollars each month for a Minecraft hosting service, the other is to set up your own Minecraft server in a cloud computing environment like Amazon’s EC2 and only pay a few cents per hour for the computing time.

The second option can work out more economical but it’s also a lot more complicated because you need to set it up yourself, so I’ve decided to go down the hosting path. You can use the official Minecraft Realms hosting service for $US13 per month, but there are cheap options if your needs are basic.

For now I’ve gone with a basic AU$4.95 hosting service, running on Australian servers. It’s even cheaper if I pay for a few months in advance. This basic plan is fine if only two or three people are in your Minecraft world, but beyond this you’ll want to pay extra for more grunt so your world doesn’t grind to a halt. Cheaper plans can also place restrictions on mods to customise your Minecraft world.

Minecraft hosting services are designed to make life as easy as possible. You can generate a Minecraft world with a few clicks or upload your existing world via FTP. That takes care of the problem in the short term while I weigh up the pros and cons of using Amazon EC2. It sounds like an interesting project but perhaps more trouble than it’s worth just to save a few dollars per month. Sometimes it’s worth paying a few dollars to make your tech needs someone else’s problem.

Are you keen on Minecraft? Is it time to upgrade to a server?