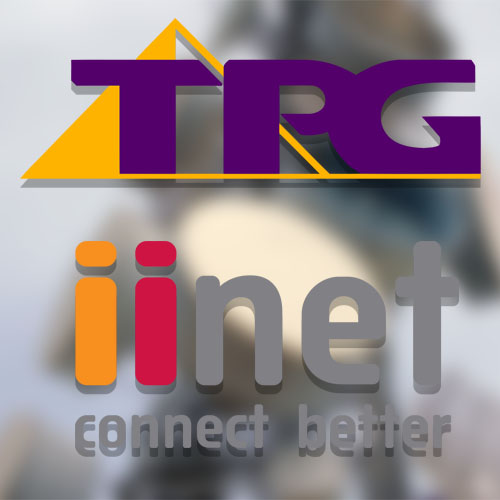 It wasn’t that long ago that if you were signing up for a broadband provider, you had dozens of choices, ranging from the big name players such as Telstra all the way down to smaller, much more “regional” ISPs and specific niche players who might target a specific age group, religious belief or any other kind of point of differentiation. It’s true that many of them were simply reselling capacity on Telstra’s copper network for ADSL and eventually ADSL2+ services, but there was robust competition and a real reason to differentiate. Australia’s not that large a market in world ISP terms, however, so a touch of consolidation was inevitable over time, with some smaller ISPs simply closing up shop, and others being bought out by bigger partners.

The latest notable acquisition in the Australian ISP space has been a little different, with TPG announcing its intent to buy out iiNet. What makes this different is that it’s actually been the smaller ISP (TPG) buying out a bigger competitor, as iiNet was widely held to be the number 3 or 2 ISP, behind only Telstra in real terms.

The takeover, which was recently approved by the ACCC, will see TPG drastically increase its subscriber numbers, and leave four “big” ISPs in Australia; Telstra, TPG, Optus and M2 (Dodo/iPrimus). iiNet will apparently remain as a TPG sub-brand, but there’s no word what the plan is for the brands that iiNet itself has gobbled up over the years, which include Internode, Westnet and TransACT.

The ACCC was the final hurdle for TPG to leap over, and it did so with little resistance; the ACCC noted that “the combined competitive constraint from the other major retail fixed broadband suppliers, Telstra, Optus, and M2 (which operates brands including Dodo and iPrimus) would be likely sufficient to limit the harm to competition from this merger. This constraint would provide sufficient incentive for TPG to maintain the iiNet service if there is consumer demand for it and for other suppliers to meet that demand if they fail to do so.“

At the same time, and it’s a fascinating counter, we’re seeing many more ISPs offer unlimited broadband packages, which is a great step if you’re heavily utilising streaming services such as Netflix, Stan or Presto. They can seriously use up even the heftiest download quotas.

Where this gets interesting is against the other form of Internet provision that many Australians subscribe to, and that’s mobile internet. There’s consolidation in the fixed line space, but in mobile there’s really only been three players, and a few virtual players such as Amaysim or Yatango for years now. There, what was once the bread and butter of the market, call and text costs, have all but evaporated, with data the commodity that’s most commonly touted as a “feature” for subscribers. Recently Vodafone announced that it was joining Optus in making the majority of its prepaid and postpaid plans feature “unlimited” national calls and texts — but not data. Doing so radically revalues the cost of a call versus, say, sending the same thing as an email, because the data for the email isn’t “free” (once you’ve paid your monthly fee), whereas the call effectively is.