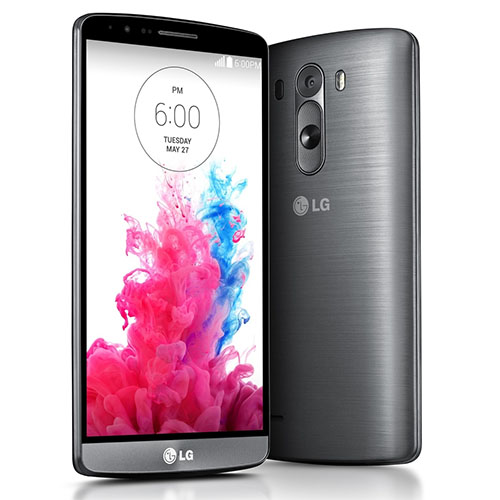 LG, as a smartphone brand, isn’t one that’s instantly synonymous with the high end. There’s no shortage of budget-priced LG Android handsets you can buy, and within that space, there are some solid value offerings.

In the premium space, however, LG has struggled. Last year’s “hero” LG phone, the LG G2 was a solid device at a premium price.

The issue there was that it was decent but massively undercut by the fact that LG was the manufacturer of Google’s Nexus 5 using all but the rear power button for what was basically the same phone… only much cheaper. Aside from 4G compatibility, there wasn’t much of a reason to pick up the LG G2 when you could have the Nexus 5, especially given the inherent customisability of Android smartphone.

LG is best known for budget electronics, with premium devices that have largely paled next to the phones available from HTC, Samsung, Nokia, Sony and Apple. It seems unlikely that Google will tap LG to make its premium Nexus device, however. If it does go down that path, Motorola is the currently tipped frontrunner to develop a Nexus 6 smartphone.

That leaves LG’s 2014 premium smartphone, the LG G3 out on its own. I’ve got to admit that heading into testing the LG G3, I wasn’t expecting that much, because LG’s all too often played in that medium space where nothing much stands out.

Not any more, however. I’ve been using the LG G3 as my exclusive phone for the past couple of weeks, and while it bears the landmarks of LG’s design and pricing philosophy, coming in a little cheaper than other premium devices, you genuinely wouldn’t pick that from using it. The display screen offers the first Quad-HD panel in a smartphone, with a 5.5″ 538 pixel per inch display. Throw the right content onto the LG G3, and it can look simply stunning.

Under the display screen, the 2.5Ghz Quad-Core zips along nicely for most Android applications. Android’s strength remains in its ability to be customised, and that’s something you’re more likely to want to do with the LG G3, because if there’s one weakness in the LG G3’s arsenal, it’s that LG’s own supplied applications are all really rather ordinary. A number of them have come across from LG’s previous budget handsets, and bear the hallmarks of being rather simple in both user interface and feature terms.

That criticism doesn’t apply to the LG G3’s camera. It’s a 13MP optically stabilised lens with laser focusing elements that make it a very good low light camera, or at least as good as you can expect from a smartphone. Again, LG’s camera app is unexceptional, but this is Android, so you’re rather spoilt for choices.

The one interesting quirk that the LG G2 offered was a rear mounted power and volume button array. The LG G3 uses this idea as well. LG’s take on this is that it allows you to use the G3 one-handed. I’m not quite convinced that this is true, and there’s a fairly steep learning curve to confidently hit the up or down volume buttons. It’s quirky, to be sure, but quirky isn’t always the same thing as good.

The LG G3 itself is good, however, and at an attractive price point to boot. It’s easily the best phone LG’s ever made, and a serious contender in the premium phone space.