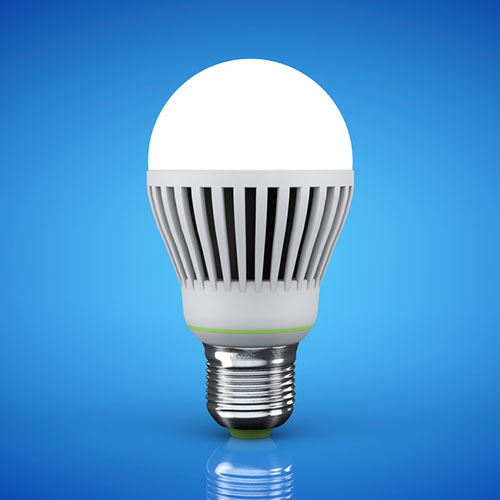 You probably used a wireless network today, and you probably took it for granted, or really only noticed it if something went wrong, or your Internet connection was a little slower than normal. That’s not always the fault of the wireless connection to be absolutely fair, but it’s a sign of a mature technology that we only really notice it when we can’t have it.

All of that might make you think that Wi-Fi’s reached its natural maturity point where there’s not much innovation to be had, but that’s not the truth at all. Right now there’s new 802.11AC routers promising (and mostly delivering) faster direct Wi-Fi speeds to today’s gadgets, but it’s the innovations that we’ll see in the next five years that are the most exciting prospects. That’s not just in the field of radio-based Wi-Fi but also emerging technologies that promise to supplement Wi-Fi with even higher data speeds.

Li-Fi is a technology that uses pulses of light to transmit information instead of radio waves. The logic is actually a little easier to understand than that of Wi-Fi, if you remember that any bit of information in your computer or phone is just a bunch of ones and zeroes. In lighting terms — and this is a massive simplification for the purposes of illustration — if you counted “off” as zero and “on” as a one, it’s not tricky to see how switching a light on or off could be used to deliver information. That’s not a new idea by any stretch of the imagination, of course. A lighthouse, signal lamp or semaphore works on that kind of visual pattern identification. Li-Fi simply takes that concept and weaves it into a much higher speed pattern that also utilises different frequency lighting, including infrared to deliver data speeds that are simply mind-boggling. The realistic throughput of current Wi-Fi gear tops out around 100Mbps, but current Li-Fi tests have delivered data delivery speeds of up to 1Gbps, or around 100 times faster. Its use of visible light between a transmitter and receiver also gives it security that Wi-Fi doesn’t have. Radio signals will generally bounce anywhere and everywhere, which is why your laptop can probably pick up your neighbour’s Wi-Fi network, but you can control where light goes in a room simply by closing curtains or a door.

If you’re curious about light flickering effects causing headaches or distractions, this shouldn’t be an issue, because there’s a whole range of the light spectrum that isn’t visible or detectable by the naked human eye, so anyone using Li-Fi shouldn’t suffer any ill effects from it. In fact, while a Li-Fi bulb transmitter would need to remain “on” in order to transmit, you could lower the visible light intensity to the point where it appeared “off” to the naked eye while still retaining its ability to transmit data to compatible devices.

Indeed, the theory is that it’s likely to be genuinely useful in areas where RF radio effects are undesirable, such as some high frequency telescopes used for scientific exploration of the universe, or in the more common real world, on airplanes where radio interference could be problematic.

We’re a good few years before Li-Fi equipment becomes commercially available, and as technology it’s going to be complimentary to existing Wi-Fi, rather than its successor. Li-Fi use of light means that it’s not going to be as effective for outdoors use in the day, and the same aspects that give it some security also mean that it’s not going to work well in complex buildings with plenty of walls.