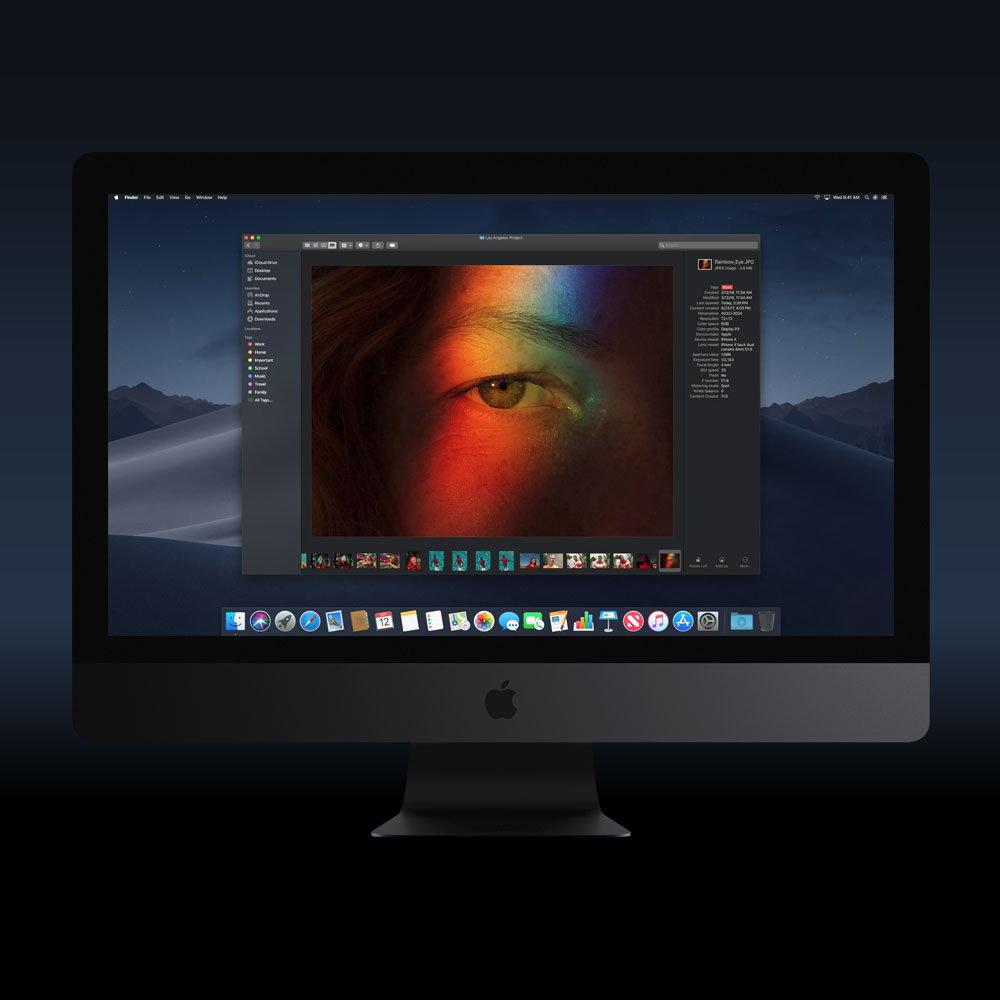 Apple has recently updated its desktop operating system, macOS to version 10.14, better known as “macOS Mojave”. If you’re curious, after years of naming its operating systems after large felines, it switched a few years back to California landmarks.

The upgrade to macOS Mojave is one that you should be prompted to make if you’ve got a qualifying iMac, MacBook, MacBook Pro, Mac Mini or Mac Pro. That’s essentially most of those systems that Apple has sold from around 2012, although predictably you’ll see somewhat better performance out of a new Mac running macOS Mojave than you will an older one. There’s one curious quirk for owners of the 2012 27-inch iMac to be aware of if you’re using Apple’s “Boot Camp” software to run another operating system, such as Microsoft Windows. For that model, Boot Camp isn’t Mojave-compatible, so you’ll have to drop your Boot Camp partition to install Mojave — and you won’t be able to reinstall it after the upgrade either.

Like most Apple operating system upgrades, all you really need is a decent broadband connection for the download and a bit of time for it to upgrade. But once that’s done, what can you do freshly in macOS Mojave that you couldn’t before? This isn’t an exhaustive list — Apple’s made a lot of tweaks to the way macOS works — but just some interesting and fun features to check out:

Go Dark
Dark mode is one of Apple’s most heavily hyped features. If you prefer less eye strain — or just want to indulge your goth preferences — head to System Preferences > General to switch between the standard “Light” or new “Dark” modes for your desktop theme.

Clean up with Stacks
Apple’s offered stacks — where similar file types are collated to fan out at will — for macOS for some time, but in Mojave, you can use it to clean up your desktop. To enable it, click on “View” in the Finder (or anywhere on your desktop if you’re focused on it) and choose “enable Stacks”. As if by magic, your files and folders will magically arrange themselves.

Finder gets smarter
Apple’s replaced the iTunes-centric Cover Flow view, which let you view images and other files types as though they were album covers with Gallery view. While it uses the Cover Flow idea of a large onscreen image for each file, you gain the ability to quickly access a number of quick actions, like editing the metadata for an image or rotate it without launching a separate app.

Quick Look is faster
If you’re a long-term macOS user, you’re no doubt aware of Quick Look, which lets you peek at a photo or view a video file by hitting the space bar. In macOS Mojave, you can do a whole lot more with Quick View, including simple image editing or even clipping down video clips without sending them to iMovie, Premiere or Final Cut Pro.

More iOS interaction
If you’ve got a recent model iPhone, you can use it in concert with macOS Mojave under the new “Continuity Camera” feature, which lets you take a photo on your iPhone that’s instantly transferred to your mac. More than that, four iOS apps have made their way to macOS Mojave, with News, Stocks, Voice Memos and Home all appearing. They’re actually the iOS code running under an emulation layer on macOS Mojave, but they do point to even more cross-correlation between Apple’s software platforms in the future.