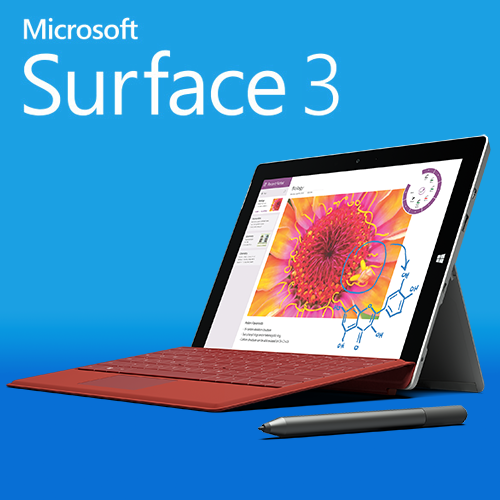 Since its inception, Microsoft’s run its Surface tablet/laptop hybrid lines along two distinct lines. The Pro lines have always effectively been high-end laptops in a tablet form factor, with prices to suit. They’re exceptionally nicely designed machines, but you do pay a premium for that price.

If you didn’t want the power or couldn’t meet the asking price, there were the tablets running Windows RT, the bastard child of Windows 8, and I call it that quite advisedly. Windows RT was the Windows you have when you don’t actually have Windows, because while it ostensibly looked like Windows, and even ran what appeared to be Microsoft’s Office suite, Windows RT’s ARM underpinnings meant that its code wasn’t actually compatible with the existing world of Windows legacy applications. That didn’t make Windows RT tablets totally useless — you could still functionally use them for productivity tasks — but it meant that their scope was terribly limited. Microsoft churned out a couple of Windows RT based tablets, either with Surface or Lumia branding, but it’s not a line that it’s pursuing as it shifts its focus towards Windows 10.

That left a bit of a budget gap in Microsoft’s offerings when it launched the Surface Pro 3 last year, because it had typically launched its Surface refreshes with a new Pro and new RT machine each year. Instead, what we got was nothing — until now.

Microsoft’s just announced the latest mid-range price Surface tablet, but it’s not a Windows RT device at all. Instead, the $699/$839 Surface 3 will be a full Windows 8.1 machine when it goes on sale on the 5th of May. That asking price buys you a 10.8 inch tablet with an Intel Atom x7 processor, either 64GB or 128GB of storage depending on price and a full year’s subscription to Office 365. Microsoft’s confirmed that the Surface 3 will be eligible and capable of updating to Windows 10 when it ships later this year, and as per its previously stated offers, that would be a free upgrade for any Surface 3 buyer. It’s also got a few nifty tricks up its non-existent sleeves, such as charging via microUSB, which means that while it would be slow, you could add a trickle charge to a Surface 3 if you left its own charger at home from your mobile charger.

The existence of the Surface Pro 3 line means that the Surface 3 was never going to be an absolute high-end performance monster, but that’s not quite the same thing as saying that it’s a budget-line low-end machine, either. Frankly, if you want one of those, any of the Windows 8 With Bing machines will be more than enough. So what are the limitations to bear in mind?

Firstly, the any-angle kickstand found on the Surface Pro 3 is gone, replaced with a 3-position stand on the Surface 3. Secondly, there’s the issue of that Intel Atom x7 processor. Intel’s Atom lines are designed to maximise battery life, with Microsoft claiming that the Surface 3 will be good for up to ten hours of battery performance. That remains to be seen — I’m still waiting on a review device — but it’s promising in that arena, at least. The issue with that promise is that you can’t get something for nothing, and the tradeoff here is that performance is unlikely to be great compared to the Pro 3 series, which use Intel Core i3/5/7 processors (depending on model) to give them laptop-style performance. Again, I’ll need some testing time to properly assess the differences, but they’ll be present. Like the rest of the Surface line, Microsoft doesn’t sell the Surface 3 with its Touch keyboard as standard, so you’ll have to budget extra for that. Being Bluetooth enabled, you could match it to any given Bluetooth tablet keyboard, but the Surface series have always worked best with their own keyboards; I’m frankly a little baffled as to why Microsoft haven’t just adjusted prices and made the Type keyboard a standard included bundle.

The pricing around the Surface 3 makes it a fascinating prospect. Yes, you can buy a much cheaper Windows tablet if basic browsing is all you want, but if you do want more out of Windows than that, you’ll quickly hit a processing power wall. Yes, you can buy quite a decent laptop for $699, but not one as light and stylish as the Surface 3. At the same time, though, the entry level Surface Pro 3 is $979, $140 more than the top-end Surface 3. While I do have to reserve judgement until I get the chance to properly assess the Surface 3, I’m left wondering which would ultimately be the better buy.