Microsoft’s giving away Windows 10 (No, really!) 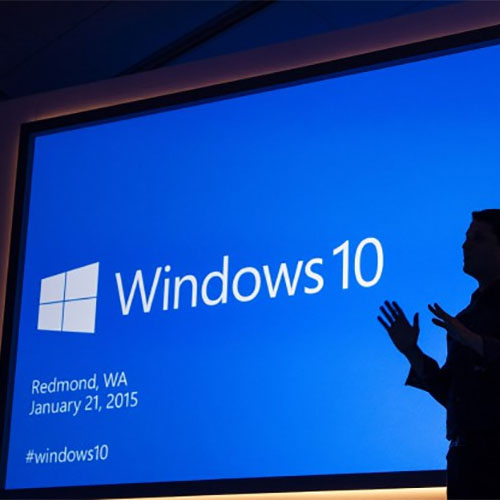 Microsoft’s already experimented with giving Windows 8 away for free with low-cost tablets, as I’ve written about previously. But few expected that the same kind of largesse would be present to anything like the same level with its next generation operating system, Windows 10.

Windows has been the bulwark that Microsoft’s fortunes rested upon, and the experiments with Windows 8.1 with Bing were largely seen as just a ploy to keep the tide of cheap Android tablets at bay. The fact that you can’t put Windows 8.1 onto anything approaching a “powerful” system meant that it was never going to be widespread.

Microsoft had already revealed a solid quantity of detail about Windows 10 back when it first started showing it off to enterprise customers, as well as making a limited beta trial available to anyone who wanted to mess around with early and often unstable code. That’s a step that the company’s taken before, but at a recent event designed to start shifting consumers towards Windows 10 acceptance, Microsoft went further.

In fact, Microsoft went the whole hog, announcing, to the surprise of many, that Windows 10 will be a free upgrade for any user of Windows 7 or Windows 8 for the first year after Windows 10 launches. Because Windows is “sold” (or in this case, supplied) on a machine-license basis, that means that any machine upgraded in this way will be supported by Microsoft for the life of the Windows 10 operating system. Microsoft haven’t specifically announced when Windows 10 will be available to consumers, but it’s expected to be finalised for release sometime around the second half of the year.

If Windows is the basis of Microsoft’s fortunes, why would it take such a step? There’s a few key reasons. Firstly, in a competitive sense, Microsoft’s going in heavily against Apple, which provides the upgrades for its Mac OS operating system free of charge to any Apple user with hardware that can handle it. Offering Windows for “free” gives Windows 10 a solid leg up against any encroachment from Apple, although figures suggest that’s still just a fraction of the overall market. According to Microsoft CEO Satya Nadella, the decision to make Windows 10 free was as much a push for hearts as it was minds, stating that “We want to move from people needing Windows, to choosing Windows and loving Windows.“

Secondly, it plays into Microsoft’s pitch for Windows 10 to be a whole family of operating systems, covering everything from phones to tablets to notebooks and desktops. The issue for Microsoft is that Windows 8 hasn’t been as widely accepted and adopted as it would have hoped for. Netmarketshare’s analytics put the Windows 8/Windows 8.1 share of desktops at around 13 per cent of all used systems, utterly dwarfed by the 56 per cent on Windows 7 and even the 18 per cent on ancient and no longer supported or patched Windows XP systems.

Putting Windows 10 out there for “free”, but only for a limited time, is a strong incentive to bring all those Windows 7 users up to speed with Windows 10, as well as the Windows 8 users. It won’t get every user, of course. Individual reluctance or company policies for upgrades would see to that, but if they could get a solid 80 per cent of those users, Windows 10 would be a dominant force for years to come. That plays into Microsoft’s longer game, as while after the initial year it’d be free to charge for Windows, and it’ll still be charging OEMs for it on “new” machines, it also wants to transform itself from a company that sells software to one that sells services. That’s why it’s shifted Office to the Office 365 subscription model for desktops, while making the tablet equivalent free but limited, because it allows it to make steady subscription income, rather than a one-time sale. Microsoft’s busy building an ecosystem to hook users, whether they’re big businesses, small business or just individual consumers, and to do that, it needs a critical mass of people already on Windows 10.

That doesn’t mean that you should ignore Windows 10 if you’ve got a system suitable for upgrades, if only because of the prospect of security updates for a solid time in the future. As Windows 10 rolls out, Microsoft will slowly start decreasing its security support for Windows 7, as it’s already done for Windows XP, and, in time, Windows 8 as well. You might never plan to pay Microsoft a cent for Office 365, Xbox Live or any other future Microsoft service, but having an up-to-date and secure system isn’t going to get any less vital in the years to come.