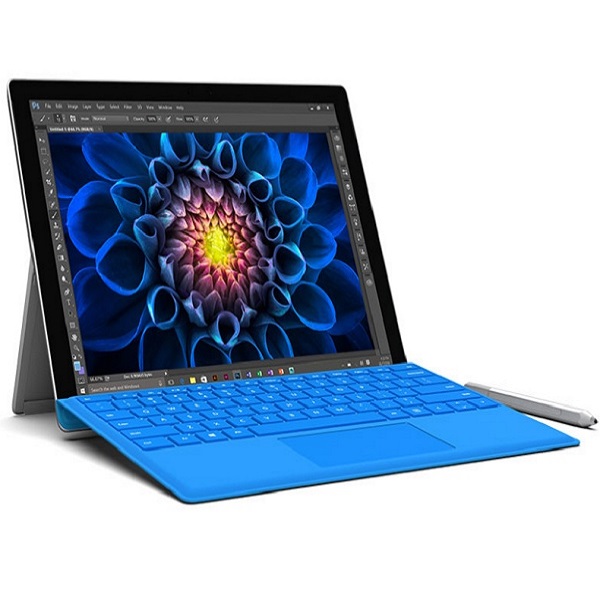 Since the inception of its Surface line of tablet and 2-in-1 PCs, Microsoft has had to toe a careful line. It has high aspirations for its own in-house hardware lines(Can a bigger Surface tempt you into Microsoft’s tablet vision?), but at the same time the larger Microsoft group doesn’t exactly want its other hardware partners to abandon Windows if they can’t see a way to sell laptops and desktops running the world’s most widely used operating system.

As such, Microsoft has usually used the launch of a new Surface device as something of an example of what can be done with its newest operating systems. A reference platform in other words, and it’s that reasoning that, up until recently, Microsoft used to explain why its popular Surface Pro 4 tablet PCs hadn’t been updated for a couple of years. Microsoft wasn’t interested in talking in public about a presumed Surface Pro 5, even though it had released other Surface devices such as the designer-centric Surface Studio or the very fancy Surface Book With Performance Base laptop line. More recently, it announced the Surface Laptop line, an education-centric laptop initiative running a specialised version of Windows 10 called Windows 10S. Windows 10S will only run apps available from the Windows Store itself, which should in theory make them more secure devices, albeit at the cost of a lot of flexibility when it comes to installing applications.

Amongst all this action, Surface Pro as a concept was seen as something that Microsoft would only update when there was enough of a technology reason to do so.

Microsoft then surprised the technology world by announcing an update to the Surface Pro 4. It wasn’t the Surface Pro 5, however, because it appears that Microsoft simply wants to use the Surface Pro name from now. So in the range of tablet/2-in-1 devices that it will launch in Australia in mid-June, they’ll be sold simply as “Surface Pro”. Come across a Surface Pro with a number, and it’s a much older device, in other words.

While there’s evidence of some tinkering with the innards, the key takeaway from the new Surface Pro line is that users should expect significantly improved battery life from the new laptops. They’re available with 7th Generation Intel Core M, Core i5 and Core i7 processors, depending on how much you want to spend. I’m yet to get proper hands-on time with the new tablets, but Microsoft’s own testing suggests that up to 13.5 hours of continuous video playback is possible on the Core i5 models, which roughly equates to an all-day battery life unless you really push it hard. For a portable device like the Surface Pro it’s a fine achievement. Being in-house, Microsoft also has greater control over the internal hardware, so they’re devices that should see more rapid large-scale Windows updates, avoiding the issues we saw around the Windows 10 Creators Update recently. (Windows 10 Creators Update). For the artistic types, there’s a new version of the Windows Pen to go with the new Surface Pros, although it’s no longer included in the box, so if you’re keen on its new 4096 levels of pressure sensitivity, you’ll have to cough up extra to own one.

In line with its positioning as premium devices, though, pricing on the new Surface Pros isn’t exactly bargain basement. The entry level Core m3 version costs $1199, but that’s a rather basic machine. You’d be better served with the Core i5 versions, which run from between $1,499 up to $1999 depending on configuration, or if you need a much more powerful machine, the Core i7 versions, which start at $2,499 all the way up to $3,999. That kind of money could buy you pretty much any other Windows laptop, or in some cases, several.