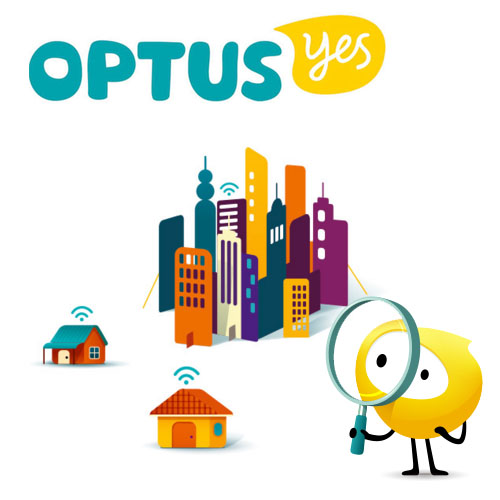 Optus recently made a bold move, announcing a new mobile data-only plan that offers up 50GB of data to use over a month for only $70.

In mobile data terms that’s a bit of a bargain. Mobile data prices have fallen nicely in recent years, so you won’t in fact go broke just because somebody sent you an email attachment to your smartphone, but it’s still the second-most expensive way to access data in Australia.

The most expensive, if you’re curious, is via satellite, where distances mean that speeds are poor, but data prices remain stuck in a very high loop indeed. That’s the kind of product that you only really invest in if you do a lot of very remote work and having even a dial-up style modem speed is vital.

Optus’ offer does have a few catches to bear in mind. The SIM that comes with the contract is absolutely locked to the modem supplied with the service, so you can’t simply sign up and drop it into a tablet or smartphone to enjoy cheap data services.

Optus will only offer the plan if your primary location is within the coverage zones for its “4G Plus” data service, which unfortunately blocks out a lot of Australians straight away. I’m located in suburban Sydney, and Optus didn’t have coverage for me when I checked, so it’s likely to be a mostly close-metro style product for a while at least.

Like many mobile broadband products, there’s a safety net if you do go over quota, with an additional 10GB of data bolted onto the service if you use over your 50GB for an additional cost of only $10. Where it differs from many similar services is that you can only buy one 10GB data bolt-on per month. After that, you’re not limited in data terms, but you are speed limited to 256kbps, which isn’t going to allow you to chew through all that much data until your contract month is up.

It should be noted that Vodafone have a similar, business-centric product with the same amount of data on offer, but a much higher price point at $130 per month on a two year contract.

50GB is a very solid whack of data, and when it was announced there was a certain amount of hype around whether this kind of plan could replace or supplant existing fixed line services. It’s certainly an option against them, especially if you’re in the position where ADSL, Cable or NBN services aren’t available to you due to a lack of ports, a lack of landlord agreement or simple distance issues from the exchange.

That’s a fair way from saying that mobile services like these will supplant fixed line, because there are two very strong forces working against that. Firstly there’s the strictly financial. $70 for 50GB of mobile data isn’t bad value in a mobile sense, but then this isn’t strictly a “mobile” product. It’s essentially tethered to your contract location by the supplied modem, and if you’re stuck in one spot, $70 can buy you a lot more than 50GB of data per month. It’s not too hard to find bundled phone deals with unlimited data at or around that kind of price point.

The other issue, and the real reason why fixed line internet will remain a key part of most internet experiences is that wireless services are subject to both interference — walls, other radio devices, even atmospheric issues — and being a shared medium. If you’ve ever tried to use a “4G” service in a busy airport or on a crowded train, or at a sporting venue, you’ll know what I mean. The connection may register at “4G” speeds, but the reality is often sub-dialup, if you can get any data to squeak out at all. The shared nature of a wireless connection isn’t going to radically change any time soon, while a fixed line provides a single effective data pipe from your premises, especially if you’re lucky enough to be a current fibre NBN user. The best way to look at is that mobile provides an excellent complimentary service to fixed line services for most folk. Optus’ 50GB plan could be great for those renting with limited data needs, but for many of us, whether you’re sending large business files or streaming lots of home video, it’s something you might find a little wanting during peak periods.