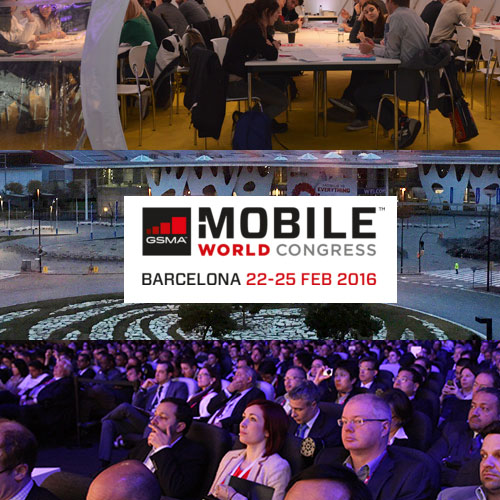 In the general consumer technology space, there’s no bigger event to launch (and hype) new products than the January Consumer Electronics Show in Las Vegas. In the mobile world, however, the big equivalent show is Mobile World Congress, held in Barcelona, Spain. It’s one part product hype, one part business networking conference, and it’s where large announcements get made that affect the mobile computing products we’ll be using this year — and for the next few years to come.

The thing is, mobile as a term is being rather rapidly redefined. This year, for example, Samsung has played mobile exactly as you might expect, announcing two new Galaxy S phones, the Galaxy S7 and Galaxy S7 Edge. They’re continuations of last year’s Galaxy devices that see a return of microSD storage and waterproofing along with improved cameras and processing power. Pretty much exactly what you’d think when the word “mobile” is used. They’ll be on sale in Australia from the 11th of March for $1,149 (S7) and $1,249 (S7 Edge), although contract pricing through carriers isn’t yet available.

LG’s take on mobile also incorporates a handset, in its case the LG G5. The G5 is a little different to your regular smartphone, however, with a slide out removable battery. No big deal, you might think, except that the slide out battery isn’t just so it can be changed out if it’s flat, or in the longer term if it can no longer hold a charge. The G5 is a modular phone that can incorporate camera grips, high end digital audio converters for audiophiles and plug-in VR headsets in an ecosystem LG is calling “friends”. The modular approach is fascinating; it’s something Google’s talked about for quite some time with its Project Ara design, but it appears that LG’s beaten it to the punch with the G5. There’s no specific timeline for when the G5 will launch in Australia.

Mobile can of course mean networks, and Telstra’s used the show to announce a few new initiatives for its mobile network. By mid-year or thereabouts, you should be able to use your Wi-Fi network to boost mobile reception in areas where the signal is weak. Optus already has a play in this market with a Wi-Fi calling app, but Telstra’s claim is that you’ll be able to do so seamlessly without launching a separate application. It also has plans for LTE-based video calling direct from your phone dialler, again from mid-year. We’ll also see a new hotspot device from Telstra capable of up to a whopping 1Gbps download speed and a healthy 150Mbps upload speed. No word on pricing on that, but you can expect it to chew through most data allowances in a matter of seconds if Telstra can live up to that speed billing.

Mobile might not include more laptop style elements in your lexicon, but that’s where two big market players have gone. HP launched the Elite X3, a 6 inch “built for business” Windows Phone mobile device that’s designed to be your sole use device via accessories that make it into an effective laptop. It’s expected to launch in Australia around August.

Huawei, certainly better known in Australia for smartphones, used Mobile World Congress to launch the distinctly ocker-sounding “MateBook”, a Windows 10 hybrid tablet device with a choice of Intel processors running the show and full LTE connectivity on board, which does bring it back into the mobile networks space if nothing else.

Mobile’s certainly changing as time changes, and one of the other big factors dominating talk at Mobile World Congress is the upcoming 5G standard. You won’t have to panic about changing out your phone or laptop particularly quickly, however, as we’re not likely to see networks or devices until at least the turn of the decade.