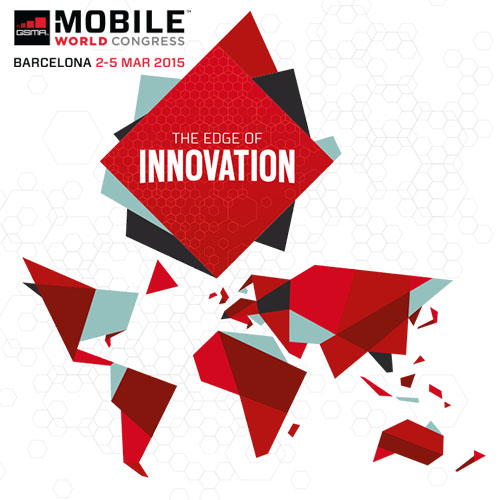 Premium smartphone handsets come along annually for most smartphone makers, and they generally set the tone for the kinds of technologies that most of us will be using for the next couple of years, whether you’re due for a new phone, or simply waiting for the technology to trickle down to more affordable mid or entry level-models.

Although sales figures suggest that a great proportion of the smartphone sales in Australia are for handsets that cost over $500, so perhaps we’re a more premium-minded bunch than that. You’ve got to think that those figures are skewed somewhat by the many people who opt for a contract rather than outright purchase, because then the purchase price of the phone is rather hidden, at least until you break it. That’s a sticker shock that takes many contract buyers by surprise.

At Mobile World Congress in Barcelona, Samsung unveiled its latest two premium handsets, the Samsung Galaxy S6 and Samsung Galaxy S6 Edge. Both phones feature 5.1 inch Super AMOLED Quad HD 577ppi displays, 16 Megapixel rear cameras, 3GB of RAM and Octa core processors, along with Gorilla Glass 4 screens. I’ve not had the chance to put them to serious stress tests, but that’s a combination that should be quite speedy for most application work. Being Samsung, they’re only 5.1 inch screens because they’ve still got their premium “Note” phablets to come later in the year.

Where the Galaxy S6 and S6 Edge differ is in their screen setup. The S6 Edge borrows an idea from last year’s Note 4 Edge, with a curved screen on both sides that’s used for displaying just a little bit more information. Where the Note 4 went overboard with icons, the S6 Edge is a little more restrained, with a focus on being able to bring up your most frequent contacts with a swipe, or a colour bar that lights up when those specific contacts are calling you. My own brief hands-on showed this to be somewhat tricky to enable, but these were early prototype handsets, and there may just be a learning curve involved.

The more interesting aspect of the S6 Edge’s design in my view is the way it changes the style of the phone. The Galaxy S6 looks quite nice, with a rounded base that’s highly reminiscent of the bottom of the iPhone 6, but the S6 Edge’s curved design really makes it stand out. It also makes it easy to grip, because rather than squared off edges, the curve of the screen makes it simple for you to wrap your fingers around it.

One of the more significant design changes Samsung’s made is to move away from the plastic bodies and backs of its previous premium Galaxy S handsets, and instead opt for metal bodies. This gives both phones a more premium look, although there are also some limitations that come into play as a result. Both phones use sealed batteries, something Samsung used to rail against. Samsung’s claim is that they can now charge so quickly that sealed batteries aren’t a problem any more. I think that ignores the other problem — and every other vendor hawking a sealed design is guilty of this too — which is that when the battery starts to die, and they all do eventually, you’re stuck with a lengthy and costly repair to deal with it.

More annoying omissions from the Samsung camp are the removal of waterproofing, which last year’s Galaxy S5 had, and the lack of microSD card expansion. That one’s a little baffling, as other unibody handsets do seem to manage to include a microSD card tray.

Not that Samsung was the only company releasing a smartphone at Mobile World Congress. HTC announced its new premium handset, the frankly gorgeous HTC One M9. In design terms it’s not much physically changed from the HTC One M8, save for the option of a two-tone metal casing, still with a unibody finish, which means, like the Samsung S6 and S6 edge, there’s a sealed battery. The HTC One M9, however, does include a microSD card tray for storage expansion beyond its stock 32GB.

The big change that HTC’s made this year with the One M9 is a change of camera. Previous models had “ultrapixel” cameras at the rear with relatively low megapixel counts. That was mitigated somewhat by the fact that they used large pixel sensor sites for better low light performance, at least in theory. With the One M9, HTC’s flipped the Ultrapixel camera around the front to enable smoother selfies, while the rear camera is a more regular 20MP model.

The One M9 also features Dolby Audio Surround technology, which at first seems confusing. How do you manage surround sound from tiny smartphone speakers? Like previous models, the One M9 has two speakers, top and bottom, and they’re used along with some clever software optimisation to create a virtual surround style effect. It’s not as good as having actual rear speakers, but then that would be rather unwieldy. It does work reasonably well if you want movie-style sound on the One M9’s 5 inch display screen.

HTC and Samsung weren’t the only ones to launch new smartphones at MWC, but they were the front players in the premium space. Sony’s latest handset, the Xperia M4 Aqua is intended to be a budget reskin of last year’s excellent Xperia Z3 handset. LG had a range of budget handsets to show, although how many we’ll see in Australia is debatable; the same is true of handsets shown off by Huawei, LTE and Lenovo. Microsoft announced new dual SIM Lumia phones that we’ll most likely see at some point, and while they weren’t the usual budget Lumia style, they’re still rather distinctly mid-range fare.

Alex Kidman travelled to Barcelona as a guest of HTC.