Motorola’s Part Of Google — And Not Part Of It 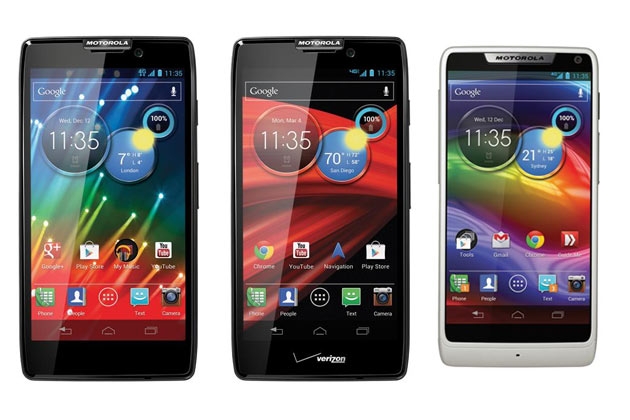 Motorola’s a complex company, but for most of us, unless you’re in the networking business, it’s a phone manufacturer. That’s the part of the company known as Motorola Mobility, and it’s not actually a part of the company that belongs to Motorola at all. It was bought from them by, of all companies, Google. Motorola recently held a launch for its new range of RAZR Android phones. Android’s also a Google product, so it would seem pretty natural that Google would go all-out with its own “in-house” brand in terms of features and frills.

That’s not exactly what happened; while the two new phones — the Motorola RAZR HD and RAZR M — are nice in their own way, the way that Android’s been installed isn’t exactly a pure Google play in the way that “Google” devices such as the Nexus phones and Nexus 7 tablet are. That’s not to discount the RAZR HD or RAZR M particularly; they’ll be Telstra exclusives when they launch later in the year. A quick disclaimer: I travelled to the New York launch of both phones as a guest of Motorola. That out of the way, there’s a fair amount to like about both handsets; the design of the RAZR HD is a good jump ahead of last year’s rather flat RAZR, and the RAZR M particularly tickles my fancy as a smaller, yet still quite powerful Android handset. That’s a rarity in a market where the fastest underlying processors are often teamed up with massive screens that are admittedly easy on the eye, but often a pain in the pocket or purse. Both phones support 4G LTE and come with large batteries to help deal with the power drain that increased broadband speed often causes.

I asked Motorola’s senior vice president of product management Rick Osterloh about the ties between Google and Motorola, and his response indicated that while Google owns Motorola, it’s not looking to leverage it specifically with Android over and above any other Android-using competitor. Motorola’s going to go its own way with Android, and while the new phones don’t completely reskin the operating system the way some of Motorola’s competitors do, there’s still some room for improvement that Motorola may throw into its own phones.  That also makes a certain amount of sense from Google’s perspective, I suppose; if it “favoured” Motorola with faster updates or exclusive features, it would risk having other smartphone and tablet manufacturers such as Samsung, LG or Sony Mobile jump ship to competing platforms such as Microsoft’s upcoming Windows Phone 8.