NBN’s Sky Muster will bring remote Australia up to speed 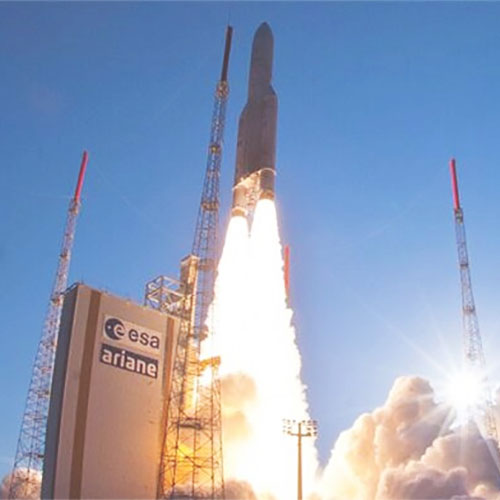 As the first of two new NBN satellites comes online, Australians who live off the beaten track are finally getting access to faster broadband speeds.

The National Broadband Network has been on a rollercoaster ride the last few years, and it’s been scaled back considerably, but it’s always been the plan to reach remote parts of the country via satellite or fixed-wireless.

Under the original plan 93 percent of dwellings were getting Fibre to the Premises, but that’s dropped to around 30 percent as the new-look Multi-Technology Mix adds fibre to the node, fibre to the basement and the HFC cable networks which were once scheduled to be decommissioned.

The new Sky Muster satellite service will offer download speeds of 12 or 25 Mbps, with upload speeds of 1 or 5 Mbps respectively. That obviously falls far short of the 100 Mbps offered to city slickers on a fibre connection, but it’s still a major upgrade compared to the current Interim Satellite Service which struggles to deliver 5 Mbps.

Homes reliant on satellite broadband should consider themselves lucky, as Sky Muster was conceived under the previous Labour government’s NBN plan. At the time, opposition communications minister Malcolm Turnbull said we didn’t need the new satellite but the deal was done before the change of government.

Sky Muster will be open for business around the end of April, although NBN is only a wholesaler so you’ll sign up via an Internet Service Provider. The Sky Muster footprint stretches right across the country, extending as far as Norfolk Island in the east, the Cocos Islands in the west and Macquarie Island to the south.

Homes won’t switch across from the Interim Satellite Service to Sky Muster if they’re within range of the NBN’s new fixed-wireless broadband service. It offers up to 50 Mbps download speeds, along with lower ping times. Satellite broadband will always be a little sluggish due to the fact that your internet traffic goes up into orbit and back again, although the NBN will deploy content caching to help speed things up.

If you live in a remote part of the country and the NBN fixed-wireless signal at your home isn’t up to scratch then you’ll get a Sky Muster satellite dish on your roof.

The new-look NBN is a bit of a hotch potch mess but Sky Muster is certainly a step in the right direction. Australians in the outback will actually have better internet access than many city slickers for the next few years as the NBN creeps towards its scheduled completion in 2020.