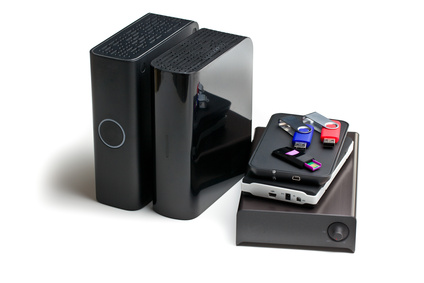 I’ve recently been testing a whole lot of hard drives, and, ordinarily, that would be about the most dull thing you can possibly do. A hard drive, after all, has one single and sole purpose, and that’s to store data. Sure, there’s some mild interest under the hood depending on whether they’re older, larger capacity mechanical drives or newer, smaller faster SSDs, but beyond that there’s not that much to get excited about. Hard drives are pure commodity items, especially when you look at hard drive prices, which, aside from a slight blip around the floods in Thailand in 2011, have been steadily tumbling.

That’s presumably why the few remaining hard drive manufacturers are starting to offer slightly more esoteric hard drive offerings to supplement the existing straight PC storage market. You can update the drive in some laptops, but the same isn’t true for sealed Ultrabooks, tablets, smartphones or smart TVs.

Seagate offers a storage solution I’ve tested out recently called the Wireless Plus. It’s a $229 1TB external hard drive, which, on the surface might make it seem like a ludicrously pricey option, were it not for the fact that it has inbuilt wireless capabilities. Why does that matter? Because, in combination with an inbuilt battery, this means it can act as a wireless hub to fixed storage devices such as smartphones and tablets, at which point the storage limitations of your device are pretty much eliminated. 1TB can store a lot of documents, be they serious work or simple entertainment. Still, there’s a premium price to pay, because it’s not uncommon to see 1TB drives for around $100.

Western Digital’s MyBook AV-TV is a little cheaper at around $179, but it’s also a distinctly targeted drive. The key hook here is for those with Smart TVs that have included recording ability out to external media drives. You simply plug the AV-TV into the USB port on a compatible TV (which is most Smart TV models), and aside from formatting to match the TV’s requirements, which typically means it’s not then readable by your PC, it’s good to go. Hit record on your remote and it’ll record what’s on air, scheduling should work, and so on. Western Digital’s claim with the AV-TV is that it’s built for constant 24/7 performance and sequential recording, which should help with maintaining recording quality. I tested with an LG Smart TV and found relatively few issues; probably the biggest problem is that with the particular single tuner model I used, it had to be on the recorded channel while running, which meant it couldn’t be used with other devices such as gaming consoles, or indeed anything that connects over HDMI.

The existence of specialised drives like these doesn’t meant that the ordinary external hard drive is likely to vanish. That’s still where storage firms make the bulk of their money, but as we shift towards devices that may talk to storage in different ways, it’s worth keeping in mind whether the drive you’re buying offers the best mix of performance, features and price for your chosen task.