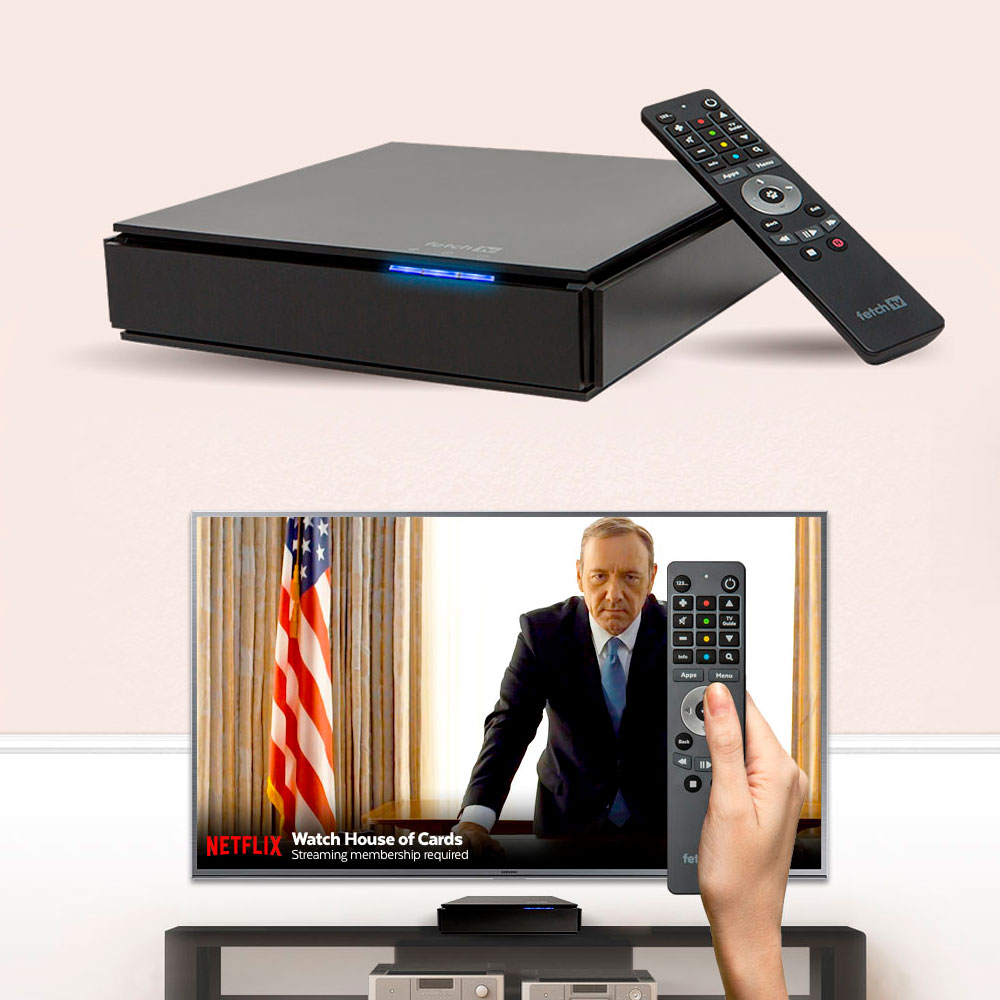 As more Australians switch off broadcast television in favour of broadband video, PVRs like the Fetch TV Mighty are the key to winning them back.

Australians have flocked to subscription video services like Netflix, Presto and Stan but the big attraction isn’t their exclusive content, it’s that they’re less painful to watch than free-to-air commercial television.

Australia’s free-to-air broadcasters have driven away a generation of viewers by refusing to start shows on time, making last-minute schedule changes, cramming in too many ad breaks and generally treating viewers with contempt.

Now that the internet has provided an alternative we’re no longer prepared to tolerate such behaviour.

A great Personal Video Recorder helps broadcast television feel more like Netflix by breaking your dependence on the television schedule. Rather than living by the TV guide, you can tell your PVR to automatically record your favourite shows so you can watch them when it suits you. As a result you find yourself watching less rubbish, because when you find time to sit on the couch you watch what you want to watch, rather than whatever happens to be on.

The new Fetch TV Mighty recorder offers a lot of advanced features designed to win over the Netflix generation. It can record up to six channels at once, a mix of free-to-air digital broadcasts and Fetch TV’s streaming pay TV service. You can pause and rewind live television, as well as watch the start of a program while you’re still recording the end (known as “chasing playback”).

The Mighty doesn’t feature an ad-skip button but it can fast-forward at 32x speed which is almost as good, as it jumps back a few seconds when you press play to allow for slow reflexes. You can even fast-forward the ads during chasing playback – which means you can record the footy, start watching the match at quarter time, fast forward through the ad breaks and catch up to the live broadcast during the final quarter.

Aside from free-to-air and streaming pay TV, the Fetch TV Mighty also offers access to Netflix, Presto and Stan as well as free catch up TV from Australia’s five major free-to-air broadcasters. If that’s not enough the box lets you buy or rent new-release movies and TV shows.

Broadcast television and streaming video need not be mortal enemies. A great PVR like the Fetch TV Mighty shows that they can co-exist in your lounge room, offering you the best of both worlds.