Plex might be your one media server to rule them all 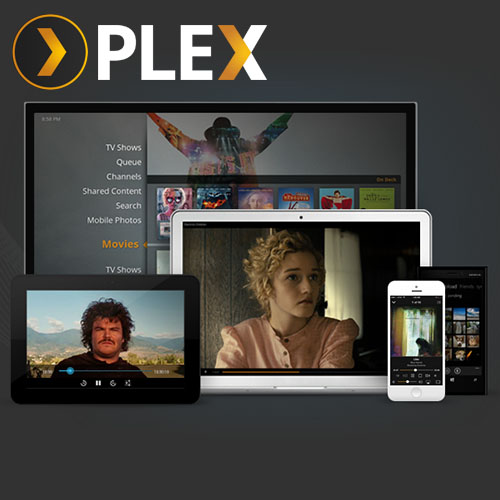 If you’re sick of juggling video files and formats between gadgets then Plex Media Server could be the missing piece of the puzzle.

Talk of multimedia formats can quickly turn into acronym soup, drowning in MP4, DiVX, MOV and MKV video files along with MP3, AAC, WMA and OGG music tracks. Whether you’re ripping your own files or downloading them from the web, it can be difficult to settle on a definitive format to cater to a household full of gadgets. Centralising your multimedia collection into a single library can also be a challenge when every device has different needs.

Plex aims to bring order to chaos by acting as a central repository for all your multimedia files – serving movies and music up to your devices in their format of choice. Format hassles become a thing of the past when any file plays on any gadget thanks to Plex’s hard work in the background.

There are two parts to Plex – the server and the player or “client”. Plex Media Server is a free download which runs on Windows, Mac or Linux computers, as well as some Network Attached Storage drives from the likes of Netgear and Synology.

The Plex server software manages your library and monitors folders for new files. When it finds some, it fleshes out details such as episode titles by checking them against online databases. Plex advertises itself on your home network as a DLNA server, which makes it visible to a wide range of devices – not just computers and handheld gadgets but also many internet-enabled televisions, Blu-ray players, Personal Video Recorders, media players and games consoles. You can browse through your Plex library and click on any file to watch it.

Of course DLNA features are hit and miss across different devices, as is support for various video formats, and there are times when DLNA will leave you in the lurch. Plex’s strength is that you can also download the Plex player onto your devices, software which is guaranteed to play nicely with the Plex server. The Plex server will even transcode video files on the fly, letting you watch formats like MKV on the Plex iPhone app even though Apple gadgets don’t support MKV.

The Plex player software is available for Apple, Android and Windows Phone devices, with the ability to tap into your Plex server over the internet when you’re away from home. You can even download files from the server to your device if you’ve paid for a PlexPass.

You’ll also find Plex Home Theatre software for Windows and Mac computers, along with ports to low-powered computers like the Raspberry Pi, or you can simply tap into your Plex server from a web browser. In the lounge room you’ll find dedicated Plex apps for a range of home entertainment gear including the Xbox 360, Xbox One, Google Chromecast, Roku and some Samsung smart TVs and Blu-ray players.

It’s easy to run Plex Media Server on your computer to test it out. If it eliminates your need to shuffle files and formats then it might be worth running a dedicated Plex Media Server to live at the heart of your home network.