Power Down: How do you use IT when the lights go out? 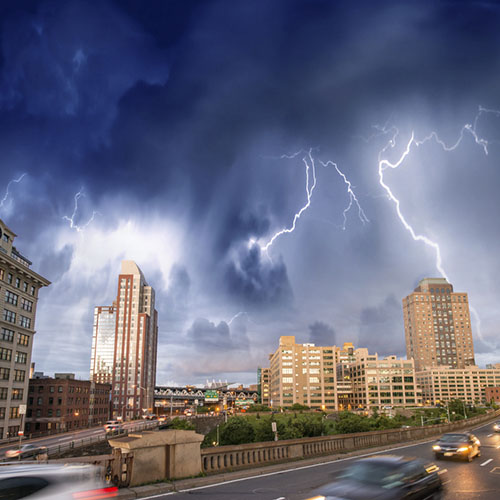 As I write this, the power around me is completely gone, thanks to a rather inconvenient weather event. I sadly lack the ability to control storms, having never been formally proclaimed as a Thunder God, so that’s something that I just have to live with. So do you, but how prepared in a technology sense are you for power outages when they happen?

I’m writing this article on a fully charged laptop, where my normal writing equipment is a desktop iMac. With no power, it’s not much use to me, but the laptop is fully functional, aided by a tethered mobile phone working as an ad-hoc Wi-Fi hotspot, because when the power goes out, so does your Wi-Fi and home or office internet connection. Depending on how you’ve configured your communications, that could also take out your home phone line as well.

At the same time, it’s where having a cloud storage strategy can pay dividends, because I can access other documents if I needed them as though I was working from my desktop, even though I could reach over and tap its keyboard from where I’m working.

If it’s vital to keep your systems running, that’s where investing in a proper UPS (Uninterruptible Power Supply) makes sense, even if all it does is allow you to more gracefully shut down your systems rather than see them fail.

The other major problem with power outages is that while you can predict that you’ll more than likely see one through the hot Australian summer months, actually picking when the power is going to go out is essentially impossible. As such, what happens if you’re in the middle of something when the power goes out?

At a base level, most tech is better at dealing with straight power outages than it used to be, but regular saving of documents to multiple locations is still wise strategy, as is having a backup drive connected to your PC, so that if a power outage scrambles a single document, app, or even the entire operating system, you’re still able to recover your position from where you left off, more or less.

That being said, a sudden loss of power can cause some IT gear, especially if it’s a little older to fail at a level where it can’t easily be resuscitated when the power comes back on. One simple precautionary step here when the power does go out is to ensure that any IT equipment that was up and running is unplugged, as sometimes power coming back on surges and dips, which isn’t exactly desirable. Waiting until you’ve got a reliable power supply can save you a lot of heartache.

Backup is especially important because there’s always the danger of a more direct power surge directly affecting your tech gear, turning it from a productivity powerhouse to a bubbling mess of silicon and singed plastic. It’s wise to invest in power boards that can limit the effects of power surges, but if you are unlucky enough to be directly in line for a power surge, even protected boards can only do so much. That’s where having multiple backups, online, connected and stored offsite can truly pay off, although the sad reality with backup is that most of us only bother with it after we’ve suffered a data disaster.