Printer ink: would you prefer razor blades or big buckets? 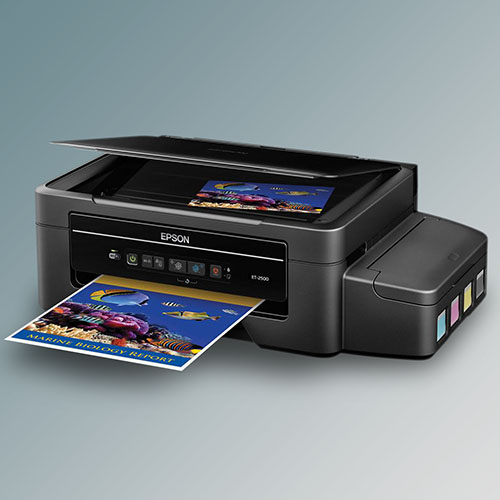 Inkjet printers have never been cheaper. It’s almost laughably easy to pick up an extremely capable inkjet printer device for under $100 that will include scanning and copying facilities, along with just-about-passable photo printing if you’re desperate.

Which isn’t to say that inkjet printing is always a bargain, because if you’ve ever purchased one of those sub-$100 devices, you’ll be all too well aware that the sting comes when they run out of ink. If you’re a frequent printer, that can be surprisingly quickly, at which point you realise that the cost of replacement inks can easily match or in some cases surpass the cost of the original device.

It’s a model that’s often referenced as being a razor blades model, because as with shaving implements, it’s often easy and relatively cheap to buy a nice handle, but when you want the part that does the actual razor blade work, you’re hit heavily at the checkout for the privilege. Printer Ink is often cited as one of the most expensive liquids on earth, and if you’re a regular and heavy printer, the issues with that may tilt you towards a laser based printing solution, although printer companies don’t often make it easy to compare like with like, especially as they always qualify print outputs with “up to qualifiers”. There’s not much doubt that printer ink is a highly lucrative market, but it’s also a quite competitive one.

It has to be, because your other option in the printer space is to use a laser printer. The pricing gulf between laser and inkjet used to be significant unless you were a business user of significant scale, but it’s now quite easy to buy a capable laser unit for quite a low price. Inkjets have to compete with that, which is why you get the razor blades model for pricing, although there are some aspects, such as photo printing, where current laser technology really doesn’t compare to a good ink-based print, especially from a dedicated photo printer. Then again, dedicated photo printers are quite costly creatures, with even more costly ink.

Epson’s just lobbed the printer ink equivalent of a hand grenade into this market with the launch of a line of printers it’s dubbed “Eco Tank” printers. These subvert the razor blade model, because they ship with enough ink to print for, as per Epson’s estimates, around two years. This doesn’t mean that they expect you to only print one Christmas card per year, but instead that they ship with a lot of ink supplied with the printer itself. This isn’t a matter of lumping a whole load of ink cartridges in with the Eco Tank printers, but instead actual printer ink bottles that Epson estimates will print some 4,000 black pages and 6,500 colour pages. There are even high capacity options for 6,000 black pages and 6,500 colour pages if you’re a particularly busy document creator.

So is Epson simply waving a white flag and declaring printer ink to be cheap to produce and sell? No, not quite.

For a start, the Eco Tank printers turn that razor blade model on its head, more or less. Instead of buying a cheap printer body and being stung every time you need new ink, you’re buying a printer at the kinds of prices that inkjets commanded about five to ten years ago. The entry level ET-2500 printer retails for $449, while the top of the line WorkForce ET4550 model will set you back a cool $699. For that kind of money, you’d certainly want to be printing quite a lot.

Epson admits that the move into this particular printer range won’t be for everybody; local Australian representatives told me that they still expect sales of regularly priced inkjet cartridge style printers to be brisk, and that the Eco Tank printers are really targeted at those users who do want to print regularly and without any kind of worry about ink replacements for a solid length of time.