Processors are getting less powerful — and that’s a good thing 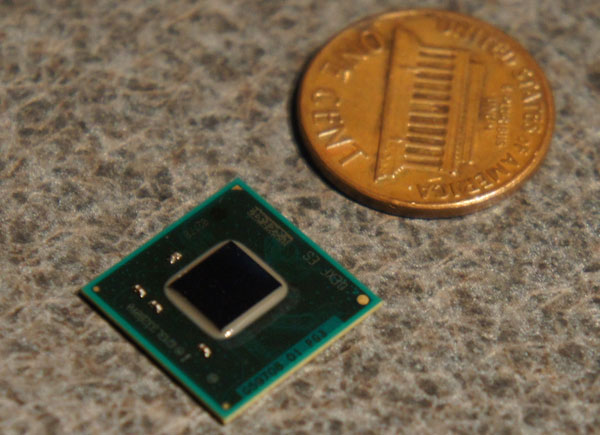 Intel is, as you’re probably aware, in the processor business; they’re hardly the only company there, but they’re undeniably the biggest name in the processor business. Processors typically get bigger and faster and more complex over time, making them considerably more powerful. Today’s computers are more powerful than yesterday’s computers, in other words.

That’s only half of the power equation when it comes to computing, however. It’s all very well to have a device in your pocket that’s far more capable than the systems that put man on the moon, but it’s not much use if they run out of actual energy while you’re still using them. That’s why energy consumption is the other kind of power that processor manufacturers are concerned about.

I recently attended Intel’s Developer Forum (IDF) in San Francisco (disclaimer: I went there as a guest of Intel), where the company unveiled not one but two new approaches to the energy/power problem.

For a while now, it’s had processors under the “Atom” brand designed for low power usage in small laptops and tablets; if you ever owned a netbook, the chances are high it was running on an Atom processor. Atom-based systems were typically very good with battery life, but often a bit lacklustre when it came to performance.

Intel’s latest generation of Atom processors, codenamed “Bay Trail” — although you won’t see that on any marketing material — are aimed at fixing that problem with improved graphics and mathematical processing over the previous generation, with much the same battery performance. As an example, at IDF, Asus launched the Transformer Book T100, a US$349 10.1″ convertible tablet/laptop (https://youtu.be/QRwwX2KzsC4) running on Bay Trail with an estimated 11 hour battery life running full Windows 8.1. If Bay Trail can live up to those kinds of promises, it’s feasible to make computers that are much lighter while still being highly functional.

Some computers don’t need to be massively functional, however; they just need to perform a few set tasks well, while conversing with more powerful system. That’s the promise behind Intel’s other processor surprise, Quark. Quark is what’s called a “System On A Chip”, a tiny lump of silicon — it’s one fifth the size of an Atom processor — with incredibly low power usage. Intel showed off a prototype smartwatch it had built using Quark, but it’s not stopping there.

While Quark will probably use power in the milliwatt level, Intel is also researching even lower power processors at the microwatt stage. It’s not hard to generate a microwatt, and to show this off, Intel demonstrated a tablet being powered by, of all things, a glass of wine. It wasn’t running particularly complicated tasks, but there’s a massive upside to being able to do even the smallest of computing tasks from nearly no power at all.