Protect Yourself from Phone Scammers "from the internet" 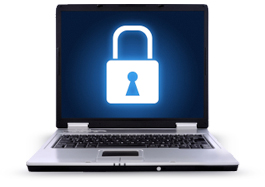 That click is one of the simplest and best things you can do if Microsoft “comes calling”, as happens with an alarming frequency these days. It’s quite likely you’ve had one of these scam callers, often telling you that they’ve detected a “serious problem” with your computer, and offering to fix it. It sounds quite good; they talk you through a sample scenario, often bringing up legitimate tools like the Microsoft Event Viewer, or sending you to web sites that appear to reveal alarming “truths” about your computer.

Except that it’s all rubbish. Not Microsoft — they still do fine software — but the idea that they’ll call you up out of the blue with an alarming tale about your computer. It’s not a new scam, but it’s one that can reap rich rewards for the scammers, be it with remote control of your computer (for seeding further malware, remote attacks on other computers or serving up all sorts of unsavoury content), theft of your identity or informing you (once they’ve compromised your system) that they can only fix it “for a small fee”. All those rich rewards might be nice for the scammers, but they’re in no way nice for you.

That’s why the click of hanging up is so powerful. Annoyingly, they’re usually calling from offshore, so the protections of something like the Do Not Call Register (https://www.donotcall.gov.au/) don’t easily apply. Hanging up returns the balance of power to you. If you’re notably bored and have a bit of time there is some entertainment to be had stringing them along, as long as you don’t actually follow their commands; that’s also got a small amount of utility in that it disrupts their dodgy business model, lessening the number of other people they can pester.

Still, hanging up makes a lot of sense; if you’re at all genuinely concerned you can always put your own call through to Microsoft (or any other company they pretend to be, whether it’s your bank or software provider) after looking up the correct number yourself. The scam works because — as so many do — it trades on creating a sense of panic in you. We’ve all had times when (even on the fastest PCs) we’ve wished they would run a little faster, and a common ploy is to suggest that it’s running slow because it’s got “serious problems”. Given that one caller (who I was stringing along for research purposes) recently told me that my computer might catch fire because of malware, I could easily ignore their concerns, and their attempt to get me to panic.